With more people keen to adopt sustainable modes of transport for shorter journeys, Bolt has introduced a series of features to enhance rider safety, including a sound for e-scooters and a cognitive reaction test, amongst others. 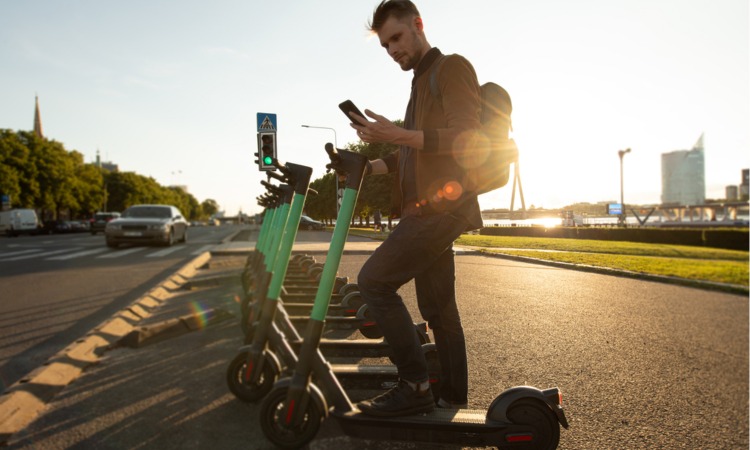 Bolt has announced that the number of scooter rides from June to August 2022 have doubled across all its markets in comparison to the same period in 2021. This is a result of Bolt’s rapid expansion, but also of people being more aware of choosing micro-mobility for shorter journeys.

In order to support people’s interest in traveling in a more sustainable way, Bolt has introduced new scooter charging solutions, such as the in-house developed charging docks. The docks have been successfully tested in Tallinn and are now being deployed in Portugal and Lithuania. The company is also testing new ways of re-charging scooter swappable batteries as part of the recently announced partnership with Swobbee in Germany.

In early 2022, Bolt published research in partnership with the Institute of Transport Economics in Norway, TØI. The project revealed that due to in-app encouragement, up to 60 per cent more Bolt app users opted to choose a scooter over a car for short distances of up to 3km.

Doubling the number of rides in the summer is also a result of the company’s rapid expansion. The company has scaled its shared scooter operations from 170 cities at the beginning of 2022 to more than 260 cities right now. Over the last few months, Bolt has launched fleets in additional cities across Italy, Germany, Portugal, Poland, Slovenia, Switzerland and Romania. In September 2022, the company launched scooter operations in Milan, the second-largest Italian city, and deployed scooters for the first time in Helsinki, Finland.

“We are happy to see that increasingly more people opt for Bolt’s affordable, convenient and sustainable scooters and e-bikes. At Bolt, our goal is to help cities tackle traffic, congestion and air pollution. We are in constant contact with our city partners and we adjust our operations to cities’ needs. We believe that it is the right approach to make Bolt’s vision of more people-friendly cities come true,” said Dmitri Pivovarov, VP for Rentals at Bolt.

In Milan, Bolt is testing an ambient sound solution, which is aimed to make pedestrians aware of an approaching scooter. The feature has also been tested in Bologna where Bolt partnered with the Italian Union of the Blind and Visually Impaired, to make sure the feature meets the needs of visually impaired pedestrians.

Furthermore, Bolt has also rolled out a cognitive reaction test, which checks whether a person is intoxicated before they start a ride. Over the last months, Bolt has been rolling out a tandem riding prevention system, a patent pending solution aimed at preventing multiple people riding one scooter.

▶ Bolt launches ride-hailing in Finland with e-scooters to follow