The 12 week consultation will give members of the public, local authorities and community groups with the opportunity to provide constructive feedback on how everyday cycling in Scotland can be best increased. 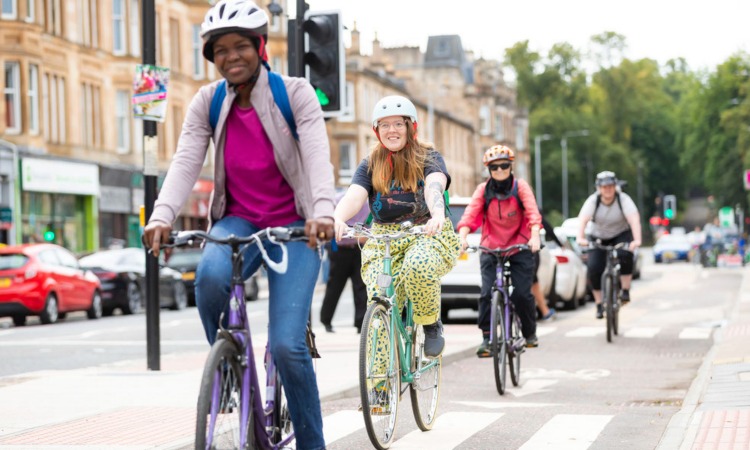 Transport Scotland has announced that the Scottish government has launched a 12 week consultation on the new draft Cycling Framework for Scotland.

The published document sets out the draft strategic priorities for everyday cycling to 2030 – supporting the active travel vision where communities are shaped around people and that walking, wheeling and cycling are the most popular choice for shorter everyday journeys.

Building on the previous Cycling Action Plan for Scotland, the draft framework highlights six key areas where progress needs to be made and explains the actions which need to be taken to achieve them.

This draft strategic approach builds on the new announcements outlined in the Programme for Government. This includes the provision of multi-year funding, providing options to local authorities seeking to undertake more ambitious infrastructure projects and the improved Cycling Storage Fund to accelerate the roll-out of safe and secure storage options for communities across Scotland – all supporting the Scottish government commitment of reducing car kilometres travelled by 20 per cent by 2030.

Minister for Active Travel Patrick Harvie said: “I’m pleased to publish our new draft Cycling Framework to 2030, and particularly during Scotland’s Climate Week. We’re taking urgent action to increase cycling rates in order to respond to the climate emergency, tackle transport poverty and live healthier and happier lives. This draft framework outlines the steps we will take as a government to rapidly increase rates of cycling right across the country. We’ve already raised funding for active travel to record levels and we’ve committed to investing £320 million, equating to 10 per cent of the total transport budget, by 2024/25. What’s critical is that we spend this money in the right way and in a way which all local authorities and partners can get behind.”

The next 12 weeks will give members of the public, active travel delivery partners, local authorities and community groups with the opportunity to provide constructive feedback on how everyday cycling in Scotland can be best increased.

▶ Three temporary cycling schemes in London to be made permanent