Go-Ahead’s new PickMeUp demand-responsive bus service aims to encourage commuters across High Wycombe to leave their cars at home by picking them up and dropping them off at requested ‘virtual bus stops’. 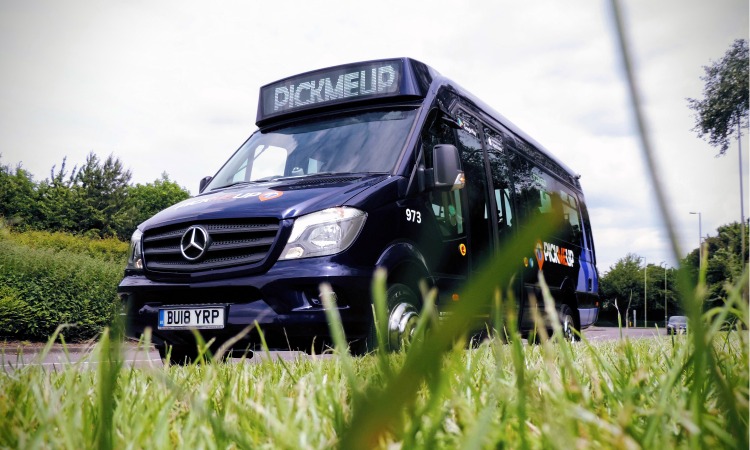 The Go-Ahead Group has announced that it will be operating a demand-responsive bus service from 27 September 2022 in High Wycombe, England, allowing customers to request a pick-up at a ‘virtual bus stop’.

The company’s Carousel Buses brand is teaming up with Buckinghamshire Council to run the ride-sharing service, which is aims to encourage shoppers, commuters, students and leisure travellers to leave their cars at home.

A recruitment campaign has begun to hire minibus drivers and customer service controllers for the PickMeUp service, which will begin operating in late 2022. This services operates on the concept of ‘virtual bus stops’, with services picking up and dropping off customers near where they want to start and end their journeys, without being constrained by physical infrastructure.

Funded by the local authority with support from the UK government’s Rural Mobility Fund, the service will be run by Carousel, which operates around 45 buses in High Wycombe and the wider Buckinghamshire area. It also serves locations including Slough in Berkshire, Hemel Hempstead in Hertfordshire and Uxbridge.

A previous version of PickMeUp was run by Go-Ahead’s Oxford Bus Company between 2018 and 2020, as part of a two-year pilot. It was the UK’s largest demand-responsive bus service; however, it lacked any local authority funding to operate beyond the two-year period.

Luke Marion, Interim Managing Director of Carousel Buses, said: “The idea of PickMeUp is to provide a new way to get people around swiftly, efficiently and on-demand. I hope this will further encourage people to leave their cars at home, help reduce pollution and further improve connectivity in High Wycombe.”

Martin Dean, Go-Ahead’s Managing Director, UK Regional Bus, said: “We’re always looking for new ways to get people onto buses. This is an innovative idea which uses technology to bring buses to people when and where they want them. We’re delighted to be working on the initiative with Buckinghamshire Council.”