Following the launch of its Scottish coach network on 8 August 2022, FlixBus has expanded its daily routes to include the city of Dundee, serving more customers and locations than ever before. 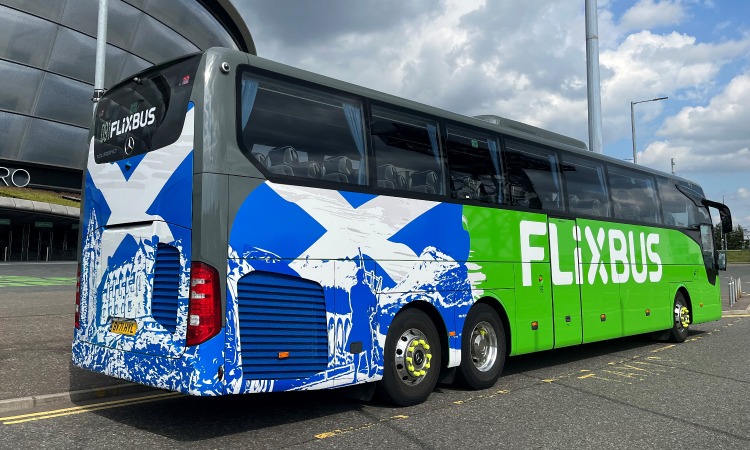 UK coach provider FlixBus has announced that it has added the city of Dundee to its daily routes between Glasgow and Aberdeen.

The green coach brand launched its Scottish network on 8 August 2022, with daily connections to and from Glasgow, Stirling, Perth and Aberdeen.

Now Dundee is available on the route, with tickets starting from just 99p until 12 September 2022, and customers will be able to travel on FlixBus’ unique Scottish designed coach, which includes the Saltire and the country’s famous landmarks, such as Glenfinnan Viaduct and Ben Nevis.

Andreas Schorling, Managing Director of FlixBus UK, said: “We’re delighted to add Dundee to our ever-growing Scottish network and expand our routes to serve more customers and locations than ever before. Tickets start at 99p, providing the most affordable, reliable and sustainable travel option for the city.”

The eco-friendly transport network is operated by Scotland’s largest independent bus company, McGill’s, which has been a partner of FlixBus since 2021. McGill’s operates several cross-border FlixBus routes to and from cities, including Sheffield and Manchester – providing additional connections to Birmingham and improved access to Scotland – and a daily summer service between London, Glasgow and Edinburgh.

The dedicated Scottish line FlixBus network now serves over 40 destinations across the UK. Tickets on the new route can be purchased from the company website or app. Concessions using Scotland’s National Entitlement Cards will also be accepted on the service.

Furthermore, FlixBus has also launched the UK’s first-ever international route to serve the northwest and Midlands in July 2022, offering commuters a new direct line to the French capital overnight. The new route also serves commuters in Manchester, Birmingham and Cambridge, as well as Stratford and Greenwich in London.