With over a quarter of the overall journeys made in Norwich having replaced road transport journeys, Beryl’s micro-mobility vehicles have helped save nearly 76 tonnes of carbon dioxide emissions from the atmosphere. 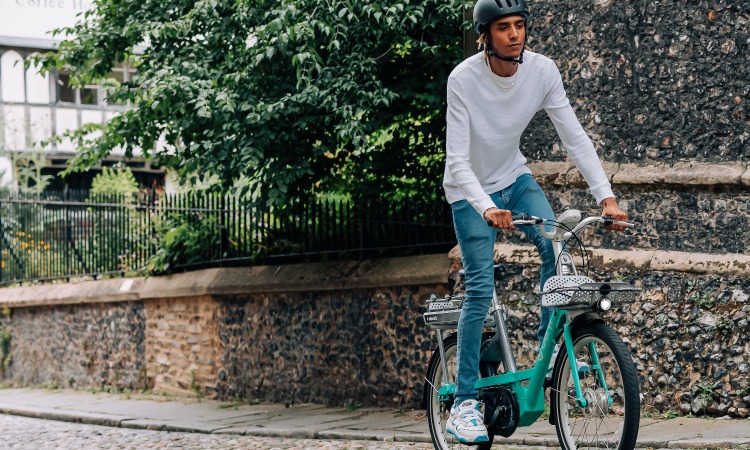 Beryl has announced that its riders have now clocked up more than two million kilometres of travel across the scheme, with almost a million of these kilometres having been clocked up using the city’s e-scooter fleet.

Feedback from Beryl users shows that over a quarter (28.7 per cent) of the overall 649,232 journeys made in Norwich have replaced road transport journeys – including driving a car/van, being a passenger in a car/van, using a taxi or riding a motorbike or moped. This equates to almost 76 tonnes of carbon dioxide emissions being saved.

Beryl CEO, Phil Ellis, said: “Reaching two million kilometres is a fantastic achievement and I’d like to thank all of our customer service and on-street teams; who work incredibly hard to ensure the scheme runs successfully and provide a great service to our users on a daily basis. Our Norwich scheme – with its three modes – is a great example of how delivering a range of services can better contribute towards the aims of an integrated transport network. Each type of transport has its own benefits and appeals that complement each other and our introduction of new modes of sustainable transport in Norwich has, each time, led to an increase in the popularity of existing modes.”

Councillor Lana Hempsall, Sustainable Transport Champion, said: “This is a real success for the scheme which continues to go from strength to strength. The green bikes and e-scooters are now well known across Norwich and many of our locals and visitors have become ‘Beryl converts’ using them to make those shorter journeys to work, education and leisure, rather than taking their car.”

This comes at a great time for the scheme with 95 bays now installed across the service area, including the recently launched bays in Wymondham. This means that, currently, 113,793 people are a five minutes walk from a bay, representing 60 per cent  of the service area’s population. More bays will also be opening in late 2022 in both Hethersett and Drayton.

Initially launched as a bike-share scheme in March 2020, e-scooters were added to Norwich in September 2020 as part of the Department for Transport’s (DfT) pilot and the numbers of available scooters doubled to 500 in April 2022.