The new express service will provide Coastliner customers with service six days a week, allowing them to travel from York to Scarborough within 90 minutes. 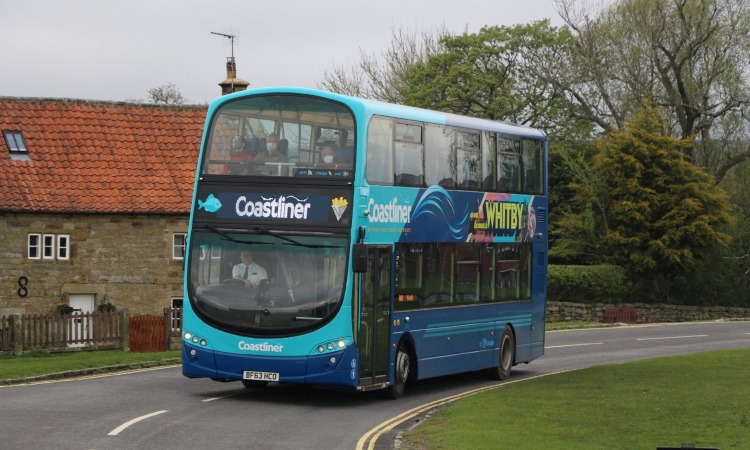 Transdev has announced that its subsidiary the Coastliner in northern England has launched an all-new express service between York and Scarborough and on to Whitby for the first time.

The new Coastliner Express X43 will run every day, Monday to Saturday as of 18 July 2022, for the summer holiday season, taking less than 90 minutes to travel from York city centre to the heart of Scarborough.

Journeys on the new fast bus will start from York Station at 09:07, with a connection from Leeds and Tadcaster to York available by the regular Coastliner 843 route.

Customers using the bus company’s Daytripper Plus ticket range will be able to visit Scarborough and Whitby in a day, using the new express route combined with regular Coastliner buses to both resorts. The day tickets offer unlimited travel on Coastliner and all Transdev buses across the North, with options for single customers, under 19s and groups of up to five people.

For those staying on the coast, a money-saving Gold 7 ticket is also available to enjoy a full week’s unlimited travel on Coastliner and all other Transdev buses.

Alex Hornby, Transdev UK CEO, said: “The popularity of both Scarborough and Whitby as destinations for day trips and holiday breaks is on the up this summer. Our new Coastliner Express will make it quicker and easier to reach the beautiful coast and moors without worrying about driving on busy roads or wasting time hunting for a parking space. For the first time, we’re extending our Coastliner Express to run non-stop between Scarborough and Whitby – as well as offering more fast journeys to both resorts, this will open up a new circular tour for our customers, taking in two of the most scenic routes across the North York Moors in one amazing day out.”

▶ Transdev and LANTA partner to launch transit services in Pennsylvania