TIER’s latest research reveals that millions of people over-65 are embracing e-bikes and e-scooters as they look for ways to cut their carbon footprint, with 24 per cent planning to use an e-bike for the first time in 2022. 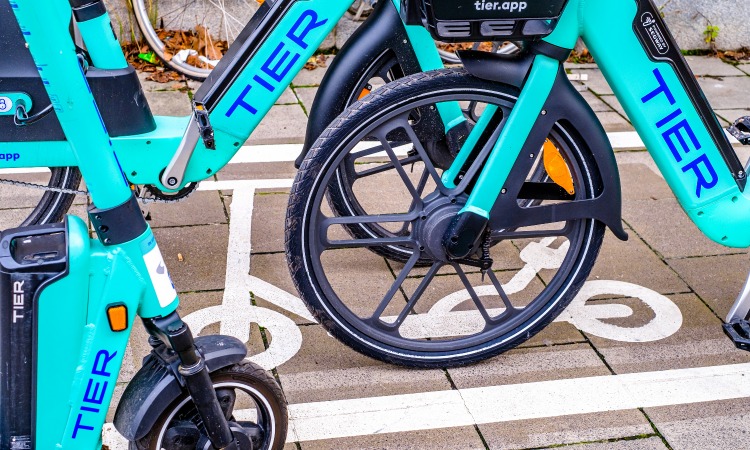 Millions of UK pensioners are embracing e-bikes and e-scooters as they look for ways to cut their carbon footprint, according to new research from UK micro-mobility operator TIER Mobility.

As the country prepares to mark Bike Week 2022, TIER’s study of 2,100 adults across 14 UK cities shows that more than a third (35 per cent) of over-65s have used a private or shared e-bike to get around – in comparison to just one in five (21 per cent) for adults under the age of 65.

According to the research, the uptake in e-bikes and e-scooters amongst this age group is partly driven by environmental concerns. Over-65s in cities have been found to be more likely to use rental e-scooters than those younger than them, with 25 per cent having done so compared to 21 per cent of those under-65. When over-65s who use micro-mobility were asked why they do so, the top response was ‘to cut my carbon footprint’, with 49 per cent citing this benefit.

The research also highlights that over-65s are more likely to worry about the environmental impact of travel options than anyone else. When asked what their priorities were when it comes to choosing a mode of transport, 23 per cent claimed that the environment was in their top two considerations, compared to just 19 per cent of under-65s. Research has also shown that cycling has a host of benefits for older people, including supporting joint health and boosting wellbeing.

Georgia Yexley, General Manager at TIER, said: “E-bikes and rental e-scooters are an excellent travel option for over-65s who want to stay active and cut their transport emissions. Whilst traditional bicycle use is still high amongst this age group, e-bikes and e-scooters can be a useful gateway into more active travel for those who don’t cycle but want to cut their carbon footprint. The fact that millions of over-65s are ready to embrace e-vehicles to get around cities is really encouraging in the context of net zero goals and it shows just how far we’ve come in recent years. The more people we can get out of private cars for short trips around the cities, the better.”

TIER operates e-scooter and e-bike rental schemes in more than 530 cities around the world, including London and York.