In line with its commitment to provide better intermodal transport, Île-de-France Mobilités has made 3,000 free bike parking spaces available to its annual Navigo subscribers, across over 70 stations throughout the region. 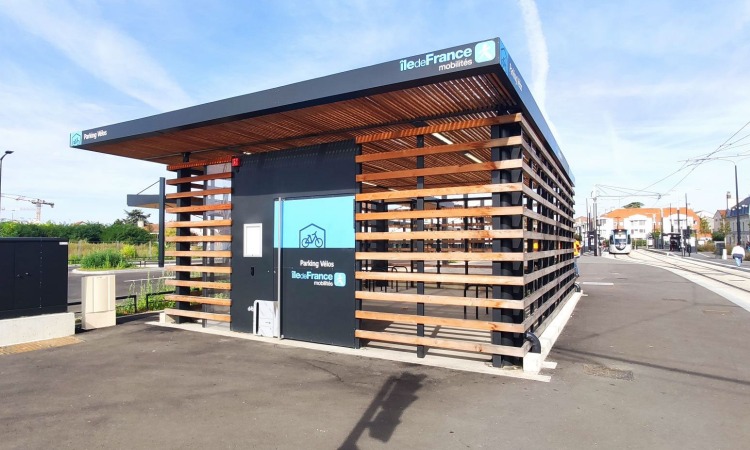 Île-de-France Mobilités (IdFM) has announced that it has made 3,000 free bike parking spaces available to its Navigo Annual subscribers, since 22 April 2022. The service is available in all lockers operated by SNCF Gares & Connexions, across 79 stations throughout the Île-de-France region.

Through this concrete measure, the authority aims to offer better intermodal transport by encouraging residents to use bikes in addition to public transport, without having to worry about finding a safe parking place.

Bike parking spaces are financed by IDfM and deployed by transport operators SNCF and RATP, local authorities, as well as Île-de-France Mobilities. Now, over 10,000 secure or free-access bike spaces are accessible near train stations in the Île-de-France region.

In order to access the parking spaces, riders must connect to the new subscription site for the SNCF and Ile-de-France Mobilités’ Bicycle Parking service, where they will need to choose the type of parking space they require.

An interactive map also lists all the Île-de-France Mobilités bike parking spaces that are in use by other riders. Among the other IDfM bicycle parking spaces, currently 600 spaces operated by local authorities are also offered free of charge to annual subscribers of public transport.

In February 2020, the authority decided to multiply the number of parking spaces by 10 bicycles available, with the objective of reaching 140,000 bike parking spaces in stations by 2030.