The proposed franchising model will contribute to the creation of an easy to use, easy to access and well connected Welsh public transport services. 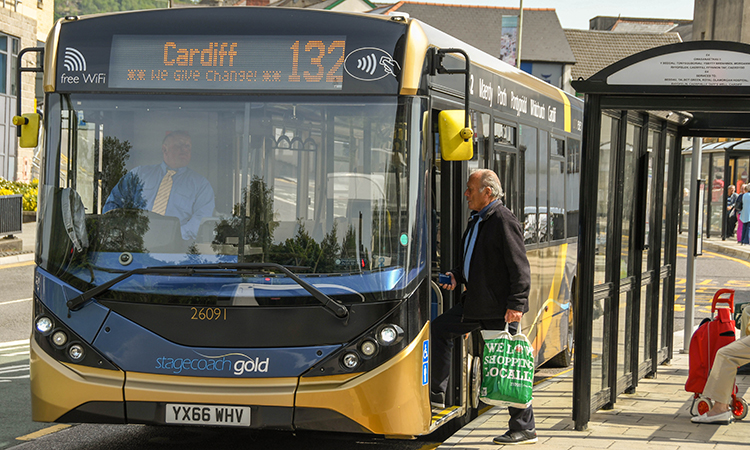 “For more than 70 years, we have made it easy to travel by car and harder to travel by public transport, that has to change.” Those were the words of the Welsh Deputy Climate Change Minister, Lee Waters, as he unveiled plans to bring forward legislation to change the way that bus services are delivered across Wales.

The Deputy Minister said designing a system that is ‘easy to use, easy to access and well connected’ would be his top priority to offer people a ‘real sustainable transport alternative’ to the private car.

The Bus White Paper, published on 31 March 2022, is a key step towards a new model for running buses in Wales and a chance for key stakeholders to look at what Wales needs from its public transport services.

The Welsh government will now work closely with local government, the bus industry and passengers on a proposed franchising model that aims to eventually deliver one network, one timetable and one ticket.

As part of this work, a 12-week public consultation opened on 31 March 2022 for people across Wales to have their say on how the new system is designed.

Deputy Minister for Climate Change, with a responsibility for transport, Lee Waters, said: “For too many years, we have created a culture of car dependency which has allowed individual freedoms and flexibilities that we all value, but it has also locked in deep inequalities and environmental harms.”

“As we look to recover from the pandemic and take action to tackle the climate emergency, buses will play a critical role in keeping our communities connected and offering people a sustainable transport alternative to the private car,” he continued

Waters added: “We’ve seen a gradual decline in the bus industry in Wales over the years and, as a result, we’ve been left with an industry that is broken and in need of much investment. But, I am confident that the plans that we have announced will help to pave the way to a healthy recovery.”

“We’re going to be putting people before profit and providing passengers with a well-planned, easy to understand and connected bus network that makes the right thing to do the easy thing to do,” he concluded

Ahead of this legislative reform, ‘Bus Cymru’ sets out a detailed route map for how the government wants to improve all aspects of bus service provision for passengers. This includes infrastructure, road allocation, accessibility, integration with other public transport modes, and, more widely, how government can bring about positive change by working with its partners in local government and the bus industry.

A game of tag: Preventing graffiti on public transport