Recommendations outlining bus franchising as the preferred future model for the region’s network are set to be presented to the Liverpool City Region Combined Authority. 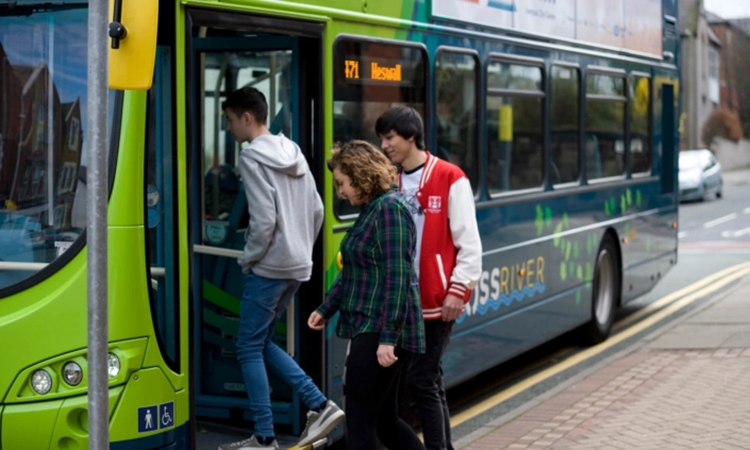 The Liverpool City Region could soon be taking an important next step towards franchised bus services, Mayor Steve Rotheram announced on 25 February 2022.

A recommendation to confirm franchising as the preferred future model for running the city region’s bus network and services will go before the Liverpool City Region Combined Authority on 4 March 2022.

If the recommendation is approved, it would be subject to additional work to complete the bus franchise business case. An independent assessment of the completed business case will need to be carried out, followed by a public consultation, both of which are in line with the requirements of the Bus Services Act 2017.

Following the passing of the Transport Act 1985, all buses (outside of London) were deregulated in October 1986. This occurred at a time when the national government was led by Conservative Prime Minister Margaret Thatcher. Franchising was identified as the ‘emerging leading option’ for bus reform in February 2020.

Subject to approval, it is recommended that a panel be established to provide political oversight to the delivery of these next steps and to make future recommendations to the Combined Authority.

This current recommendation is based on four years of intensive work, including a year-long ‘Big Bus Debate’, in which local people shared their experiences of bus travel and what they’d like to see in the future and the examination of available alternatives.

Steve Rotheram, Mayor of Liverpool City Region, said: “One of the major reasons I ran for election was the opportunity negotiated in our devolution deal to fix our region’s broken, fragmented public transport network. Too many people in too many communities feel cut off from each other and from accessing opportunities to get on because of a system that simply does not work for them. In too many places, our transport network is too confusing, too unreliable and too expensive.”

“Next week, local leaders have a once-in-a-generation opportunity to reverse the decision by the Thatcher government to fragment our public transport system. Hundreds of thousands of people in our city region rely on their services every day, with 82 per cent of all public transport journeys in our region taken by the bus. Since the Thatcher government deregulated buses outside of London in the 1980s, services outside of the capital have suffered,” he explained.

Rotheram concluded: “After years of painstaking work, the Combined Authority’s assessment into the future of our bus market is recommending franchising as its preferred option to be considered further. The rest of the country is watching the work that we are doing here very closely. We are one of the only areas leading the way in using new powers under the Bus Services Act to take greater control over public transport and ensure it is run in the interests of local people.”

The introduction of franchising would see the suspension of the deregulated bus market, which has been the current bus system since 1986, and replace it with a system where the Combined Authority both specifies and procures the network, which is operated by bus operators under contract.

Although franchising is being recommended, the report also asks that the Combined Authority recognise the importance of bus operators to the city region and recognise the constructive and collaborative approach that they have taken to working with the authority through the Bus Alliance.

It also asks that the Executive Director of Place be instructed to continue to work constructively with regional bus operators as the next stage in the evaluation of bus franchising options is undertaken.