Following the dismissal of a legal challenge against the plans, the Mayor of Greater Manchester, Andy Burnham, has announced the next steps for the region’s franchised bus network. 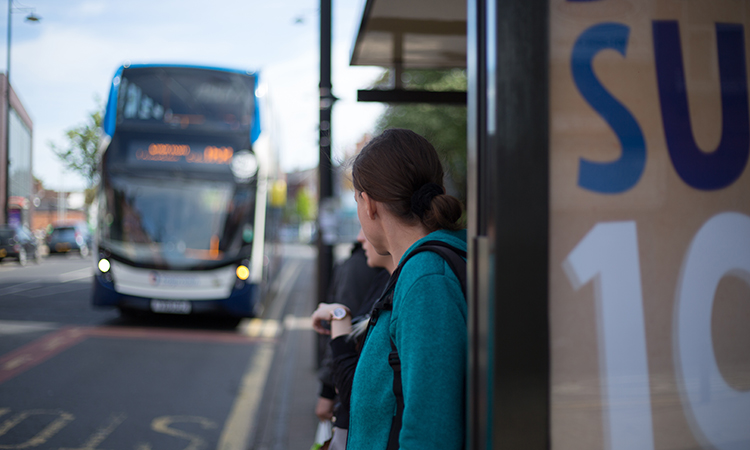 After a legal challenge brought by bus operators against the city-region’s bus franchising plans was dismissed, the Mayor is set to announce that, under a franchised bus network, adult single journeys would cost no more than £2, and single child journeys no more than £1. Currently, there are many different adult single bus fares, some costing as much as £4.

The move will be the first step towards the Greater Manchester public being able to access a more affordable public transport network.

During a major event to outline a new era for Greater Manchester – held at Escape to Freight Island in front of the city-region’s key business, political and civic leaders – the Mayor also set out a revised timetable for the introduction of bus franchising, which will see:

During the event, the Mayor announced that Greater Manchester is moving to the next important stage of franchising bus services. Invitations to negotiate will be issued shortly to prospective providers of bus services in Bolton and Wigan, as well as in parts of Salford and west Manchester.

The levels of interest have been extremely strong, bringing a range of organisations from local small- and medium-sized enterprises (SMEs) through to large bus operators with operational experience throughout the UK, including London and, in some cases, internationally.

The Mayor of Greater Manchester, Andy Burnham, said: “The court ruling means that we now have the green light to deliver on our plans to deliver a London-style public transport system. We will make travelling by public transport more appealing, easier and, significantly, put our people before profits. Government has signalled its intention to support our ambitions many times over, and we now need them to work in partnership with us, to help us turn our shared vision into a reality.”

Transformed bus services is a key pillar of the Bee Network vision, which aims to:

Greater Manchester will have a new Transport Commissioner, with the Mayor announcing that former Transport for London (TfL) Managing Director of Customers, Communication and Technology, Vernon Everitt, is set to take on the role and play a leading part in the delivery of the Bee Network.

Vernon Everitt, the Mayor’s new Transport Commissioner, said: “It is a privilege to be given the responsibility to help write the next chapter of Greater Manchester’s ambitious and truly transformational transport story. The Bee Network vision sets out a compelling plan for better transport, and I will bring all my experience to the table to ensure we deliver it.”

“Our integrated transport network will unlock access to opportunity and public services, and drive reduced carbon emissions and improved wellbeing, benefitting everyone who lives, works or visits here. I look forward to working with the Mayor, councils, transport operators and people across Greater Manchester to deliver a world class public transport system,” Everitt added.

The Greater Manchester Independent Prosperity Review found that parts of Greater Manchester with lower productivity, pay and living standards need infrastructure that supports both access to jobs in the centre of the city-region and improved local job opportunities.

Improving public transport connectivity into and between Greater Manchester’s major centres and other growth locations is a key part of proposals contained within the Bee Network vision – which will, subject to agreement with government, be supported by an initial £1.2 billion five-year programme of investment, with £438 million worth of investment to improve buses, routes and services, including:

Burnham added: “I’m delighted to welcome Vernon onboard, as we deliver a new era of London-style transport for Greater Manchester. He is a great signing for this city-region. Our new Transport Commissioner spent 14 years as a Managing Director at Transport for London, leading on London’s integration of public transport through simple and intuitive fares, ticketing and customer information.”

“In Greater Manchester, we are leading the way and developing a blueprint for other city-regions to follow when it comes to improving intra-city transport and connectivity between our villages, towns and cities. People need to be able to get to where they want to go without having to spend as much as £4 on a single trip. My ambition is that, soon, here in Greater Manchester, it will be simpler, cheaper and more reliable to get around on public transport,” he concluded.