Following the implementation of the BusConnects programme, Dublin residents will be able to benefit from faster and more efficient bus services, as well as improved cycling and pedestrian facilities. 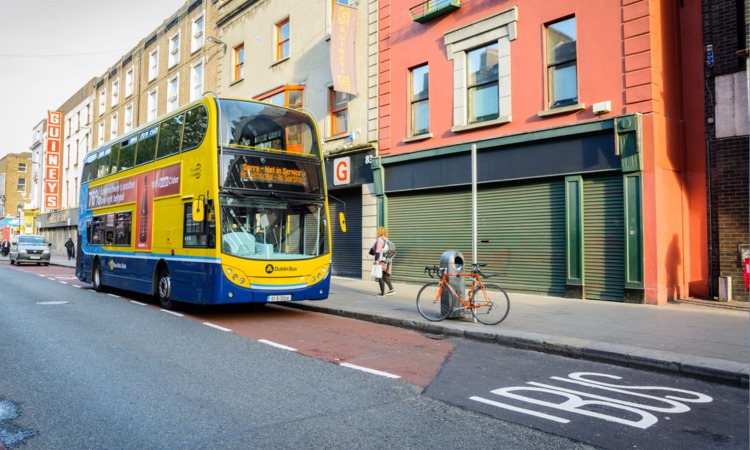 The National Transport Authority (NTA) has announced that the Government of Ireland has approved the BusConnects programme for Dublin, paving the way for NTA to submit planning permission for the Core Bus Corridors to An Bord Pleanála.

BusConnects will transform the city of Dublin, providing a faster and more efficient bus service for everyone, as well as delivering improved cycling and pedestrian facilities. The programme means that the city will see an increase of nearly 25 per cent in bus services.

Eamon Ryan, Minister for the Environment, Climate and Communications of Ireland, said: “This is an exciting day for public transport in the city. Commuters will have access to a faster and more flexible service, allowing them to more quickly move about the city for work, school and pleasure. We will have cleaner and quieter streets and, with the additional roll-out of zero-emission buses to be incorporated into the BusConnects routes, we can look forward to a much better quality of life for Dubliners and visitors to the city.”

By 2030, BusConnects Dublin will deliver 230km of bus corridors and 200km of cycling lanes, providing safe, accessible and efficient transport to many more people, while reducing traffic congestion, as well as noise and air pollution.

This represents a step-change in the provision of cycling facilities, delivering safe, segregated cycling provision along some of the busiest cycling arteries across the city. Alongside this, a new network of bus services will be rolled out across the city, with high-frequency services running along nine new spines, improved orbital services and increased local services.

In order to meet rising demand, the current fleet of buses in Dublin will be increased and converted to a zero-emission fleet by 2035 – saving the equivalent of approximately 85,000 tonnes of CO2 a year, in line with Climate Action Plan targets. Buses and shelters will also be modernised, increasing accessibility and ensuring safe trips for passengers.

Following the approval, NTA can now begin the tendering process for the procurement of Next Generation Ticketing technology, allowing simple payment of fares with credit and debit cards, which will allow a greater number of citizens to travel more easily and efficiently by public transport.

Anne Graham, CEO of NTA, welcomed the government’s decision, stating: “We want to provide a public transport service that delivers better on frequency and reliability so that it becomes more useful for more people in the years ahead, while, at the same time, offering a sustainable alternative as part of the effort to tackle climate change. The investment we are proposing through BusConnects is good news, but not just for bus passengers. Under our Core Bus Corridor plans, we will be building 200km of cycle lanes on 16 of the busiest bus corridors in and out of the city centre and, in so doing, making cycling safer and more attractive than ever before.”