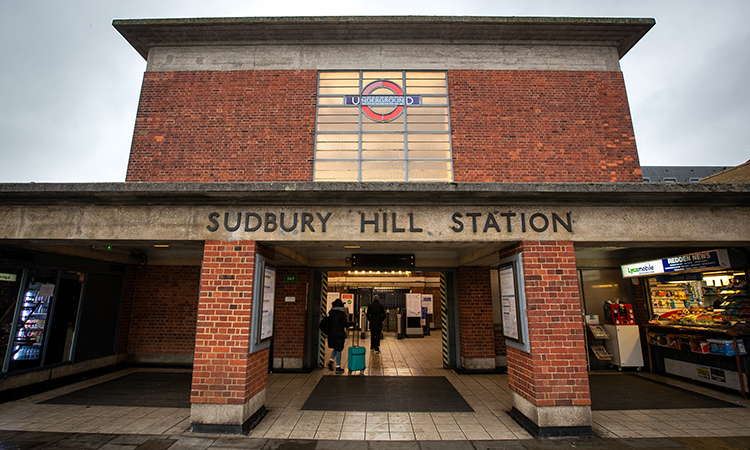 Transport for London (TfL) has announced that Sudbury Hill station on the London Underground (Tube) Piccadilly line has become step-free, helping customers with reduced mobility to access the station and the wider transport network.

Grade-II listed Sudbury Hill station now has two new lifts and improved signage, giving customers step-free access from the street to the station platforms. The new lifts will greatly improve access within the station for customers with reduced mobility, including people travelling with heavy luggage or buggies and young children.

Alongside these upgrades, boarding ramps will continue to be available to assist customers to board or alight the train, along with tactile paving along the full length of both platforms. TfL staff will be on hand to assist any customers with their journeys, as part of the Turn-up-and-go service.

The ticket hall has also been modernised with the removal of the redundant ticket office, which has improved the ticket hall environment, and care has been taken throughout the work to reflect the look and feel of the original Charles Holden-designed 1930s station. For example, bricks consistent with the rest of the building were used to construct the new lift shafts and a new window was specified to match the style of the existing ones. 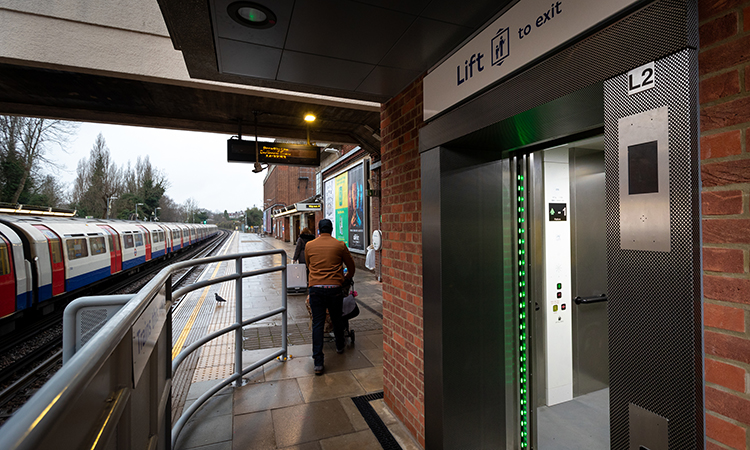 The completion of work at Sudbury Hill brings the total number of step-free stations on the Tube to 90, following Osterley Tube station, also on the Piccadilly line, becoming step-free in October 2021 and the opening of two new step-free stations on the Northern Line Extension at Nine Elms and Battersea Power Station in September 2021. Step-free access was also introduced during 2021 at Underground stations at Wimbledon Park (August), Ickenham (June), Debden (April) and Amersham (February). Work continues to make Harrow-on-the-Hill Tube station step-free.

In addition, Ealing Broadway was made step-free in May 2021 in preparation for the Elizabeth line, and Whitechapel became step-free when the original station entrance on Whitechapel Road re-opened in August 2021.

In 2022, TfL will deliver a range of step-free projects that are currently under construction. This includes full step-free access at Knightsbridge, as part of a majority third-party funded development scheme, and to the Northern line at Moorgate, which became step-free to the Circle, Hammersmith & City and Metropolitan lines in early 2021 via the recently opened station entrance. TfL is also progressing step-free access work that will make busy Zone 1 stations partially step-free in 2022. These are at Bank (Northern line and DLR Interchange only) and Paddington (Bakerloo line only).

Sadiq Khan, Mayor of London, said: “The improvements at Sudbury Hill station will make a huge difference for all those using it, from the modernised ticket hall and improved signage to step-free access for those who need it. It marks 90 Tube stations now being step-free, which is an inspiring milestone – and we continue to work to make the capital’s public transport network accessible to all.”

Esther Sharples, London Underground’s Director of Asset Performance and Capital Delivery, said: ”Sudbury Hill Tube station becoming step-free is another milestone in our pledge to make the Underground network more accessible and a further boost to Piccadilly line customers after Osterley and Ickenham also became step-free [in early 2021]. People with reduced mobility, including those with children in buggies or carrying heavy luggage, can now access the Tube with greater ease at Sudbury Hill, improving their journeys.”

London Underground strikes to go ahead in August