Arriva will begin providing suburban bus transport in Bratislava, Slovakia, from 15 November 2021, bringing modernised and accessible services to the city. 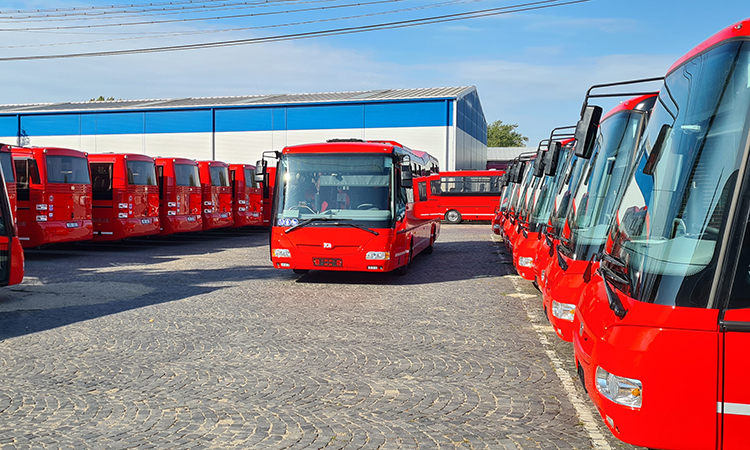 Arriva has announced that it has signed a new 10-year contract to serve Bratislava in Slovakia with suburban bus transport, significantly growing its position as the leading private bus operator in the country.

Operations begin on 15 November 2021 and will include 220 new buses, with 120 of those delivered for the start of the contract and the remaining 100 buses delivered by May 2022. Arriva is also creating a number of new driver jobs, in addition to offering employment to drivers with the incumbent operator.

As part of the new agreement, Arriva will bring modernised services equipped with free Wi-Fi, USB chargers, air conditioning and accessibility features – such as low-flooring for wheelchair access and voice information for the visually impaired. Buses will also include digital displays, both inside and outside the bus, including improved information with more detail about the route and interchanges with rail or other modes of transport.

By introducing these service features and improving bus connectivity, Arriva will work with the transport authority to grow patronage, which will improve traffic congestion in the region, while also contributing to sustainability targets.

The contract is won following one of the most competitive tendering processes in the country, and Arriva is committed to starting operations during November 2021.

Jana Siber, Arriva Group’s Managing Director for Mainland Europe, said: “This is a great win for our team in Slovakia and a really interesting time to be taking over bus services in Bratislava. We have an opportunity to build back better and greener after COVID-19 and encourage greater use of public transport. Arriva’s pan-European experience and commitment to great service has been instrumental in securing this contract, and we are all excited to be entering this new region for Arriva.”

Arriva will take over operations in Bratislava with the first batch of 120 brand new red buses, and is working with the incumbent and with the Bratislava county authorities to ensure a smooth transition. Arriva is the leading private bus operator in Slovakia, with 1,350 vehicles and 2,700 employees across five transport companies.