More needs to be done to improve London’s air quality, according to City Hall, though some believe the extension of the city’s ULEZ is not enough. 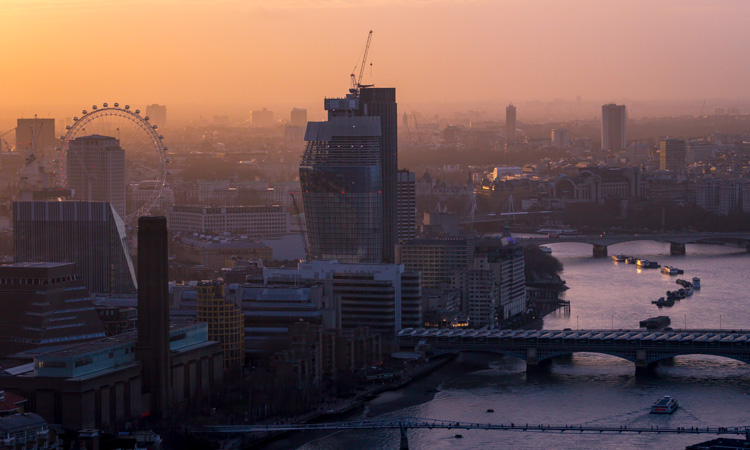 New analysis from London’s City Hall has revealed that children in London are four times more likely to go to school in areas with high levels pollution levels that exceed World Health Organization (WHO) limits, than children in the rest of England.

City Hall says this poor air quality stunts the growth of children’s lungs and worsens chronic illnesses, such as asthma, lung and heart disease. This new analysis has found 3.1 million English children are attending schools in areas exceeding WHO limits for PM2.5.

Measures designed to tackle pollution, including the central London Ultra Low Emission Zone (ULEZ), introduced by Mayor of London Sadiq Khan in his first term, had already cut the number of state schools located in areas with illegal levels of nitrogen dioxide pollution by 97 per cent – from 455 schools in 2016 to just 14 in 2019.

City Hall claims the expansion of the ULEZ up to the North and South Circular roads in October this year is not only vital to compliance with legal limits for air pollution but is also a key step towards meeting the more stringent health-driven World Health Organization guidelines for toxic particulate pollution by 2030. With the expansion of the ULEZ and tightening of the Low Emission Zone for heavy vehicles earlier this year, it’s hoped the tougher emission standards will reduce PM2.5 exhaust emissions by 35 per cent in inner London.

“For too long it has been accepted that children growing up in London will breathe more polluted air than their friends and family outside this great city. But I don’t accept this. I’m doing everything in my power to stop young Londoners breathing air so filthy that it damages their lungs and causes thousands of premature deaths every year. This is why I’m expanding the Ultra Low Emission Zone later this year,” said Mayor of London Sadiq Khan.

“I want to make sure all of London meets the World Health Organization limits for particulate matter. But I can’t do it alone and I want to work with Government to achieve this goal. That’s why I’m asking for the new Environment Bill to include legally binding WHO recommended limits to be achieved by 2030. We can’t sleep walk from the health crisis of COVID back into complacency over the major impact of toxic air on everyone’s health.”

“That’s why we welcome the expanded ULEZ to help make more of London’s schools safer and more inclusive for children with all types of lung disease.”

“Raising children in London shouldn’t damage their health but these shocking figures from City Hall show that it does.

“Successive mayors have promised to do more to tackle this crisis but London still exceeds legal air pollution limits many times over,” said Chief Executive of Centre for London, Nick Bowes.

“Around half of air pollution comes from road transport, so we must find new ways to significantly reduce vehicle-related pollution.

“The expansion of the Ultra Low Emission Zone in the autumn will be a huge step, but City Hall could be bolder and adopt a pay-per-mile road user charging scheme which would deliver cleaner air, increase active travel and reduce congestion, as well as provide a substantial income stream to help plug Transport for London’s finances.

“London also needs more devolution so that it can tackle other sources of poor air quality beyond road vehicles.”