The new Ultra Low Emissions Zone (ULEZ) will be 18 times the size of the current zone, with 750 additional cameras to be installed by October 2021. 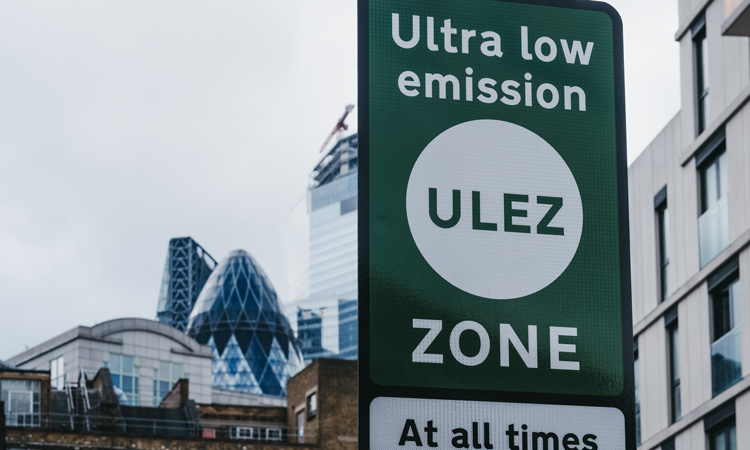 London has come a step closer to expanding the Ultra Low Emission Zone (ULEZ) with the installation of the first new cameras. The ULEZ currently covers the same area as the Congestion Charge Zone and the new cameras will enable it to expand up to the North and South Circular in October 2021.

The expanded zone aims to help people living in London and beyond breathe cleaner air. The ULEZ schemes will reduce harmful nitrogen oxide (NOx) emissions from road transport by around 30 per cent across the whole city, according to Transport for London (TfL).

To reduce the number of additional sites required, TfL is prioritising cameras at locations already used to monitor traffic, on existing lamp columns and on traffic signals.

To help support those who may find it difficult to meet the ULEZ standards with their own vehicles, the Mayor has launched a £48 million scrappage scheme for those on low incomes, disabled Londoners, small businesses and charities to switch to cleaner vehicles and greener forms of transport. The Mayor also doubled the amount of money available to £7,000 for those scrapping their older more polluting vans and minibuses and changed the criteria for the size of business eligible, so that more people could benefit.

“This will help people to breathe more easily and create a more liveable city. We have already seen significant falls in the most toxic emissions in central London and now see most vehicles meeting the tough standards in the heart of the capital.

“We expect to see the benefits felt by people across the city when the zone enlarges and are providing financial support for small businesses and the most vulnerable to help them make the green transition.”

Shirley Rodrigues, Deputy Mayor for the Environment, said: “The Ultra Low Emission Zone is the centrepiece of our plans to clean up London’s air. We have the boldest plans of any city on the planet and the ULEZ is exceeding expectations, helping reduce harmful roadside nitrogen dioxide by 44 per cent in central London.

“As London starts to recover from the pandemic, City Hall is even more determined to stop Londoners breathing air so filthy it is damaging our children’s lungs and causing thousands of premature deaths.”