The MTA has big plans to make New York’s transport network even more accessible for its passengers, including new subway car designs and station overhauls. 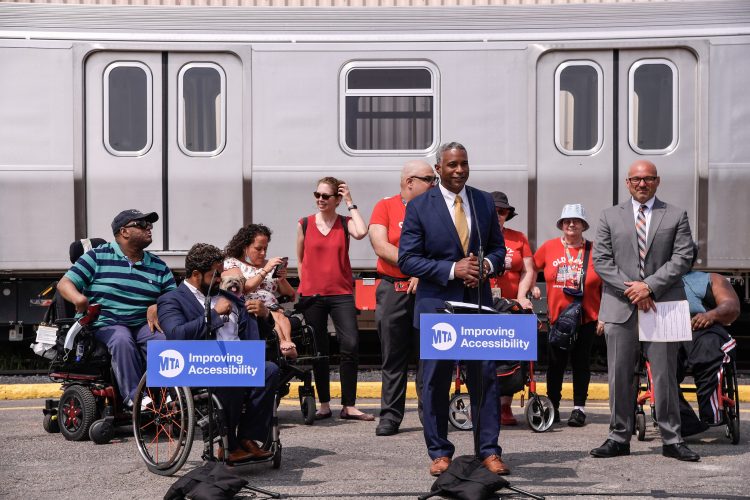 The MTA marked the 31st anniversary of the ADA with the unveiling of new accessibility plans Credit: MTA

“My mission at the MTA is showing that accessibility and equity are one and the same,” said Quemuel Arroyo, MTA Chief Accessibility Officer.

“New Yorkers deserve the most equitable transit system in the world, and we must do everything we can to strive towards accomplishing that. In my short time here, steady progress has been made, most recently at the Avenue H subway station in Brooklyn. That progress must continue, and the upcoming accessibility upgrades to our fleet is an encouraging sign that we are trending in the right direction.”

“As a wheelchair user and the only current MTA Board Member with a self-disclosed disability, I am proud to be working with the MTA to increase its accessibility,” added MTA Board Member and Commissioner of the New York City Mayor’s Office for People with Disabilities Victor Calise.

“This was a particularly difficult past 16 months for all of us, and I am excited that we are able to celebrate the 31st  anniversary of the ADA together in person, and reaffirm our shared commitment to a transit system that serves all New Yorkers and visitors—including individuals with disabilities.”

Throughout 2021 and 2022, the MTA expects to put more than 800 new buses into service with more flexible seating options in the priority and courtesy seating area designed to accommodate diverse customer needs. The buses will feature three new, single seats indicated by decals that will be able to flip up to accommodate customers with walkers, folded strollers, and other belongings. Two are single aisle-facing seats on the bus operator’s side and one is a forward-facing seat on the curb side.

The new buses will also feature wider doors and ramps designed to make it easier to enter and exit the bus.

This month, the MTA also unveiled the newest cars in its fleet, known as the R211 fleet. The cars feature 58-inch door spans that are eight inches wider than standard doors on existing cars, and include more spacious seating options for wheelchair users at the end of the cars. The expanded doors are designed to reduce delays and increase train movement by speeding boarding and reducing the amount of time trains sit in stations. The Authority began qualification testing this month and expect the cars to begin serving passengers on select lettered lines next summer. 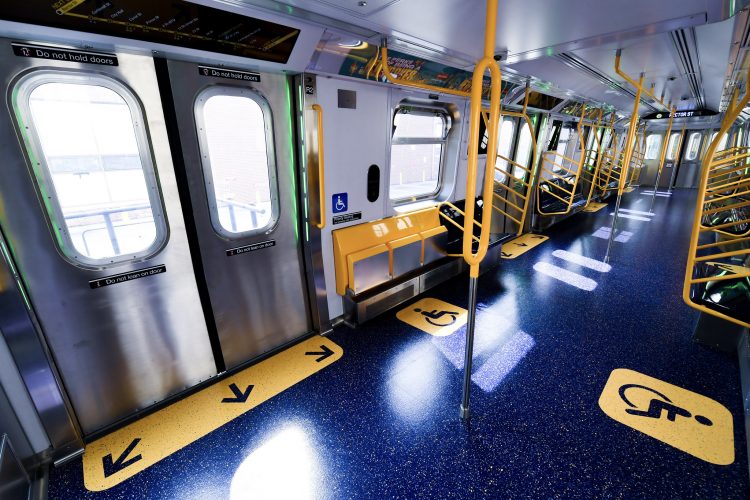 The designated ADA locations in the train cars have been relocated, adjacent to doorways clearly identified with decals both on the floor and wall. In one of every two cars there will be two areas, on either side of the car, with three individual flip up seats instead of one bench seat on existing models. With the seats up, the area expands to 54 inches. Train cars will also have color-coded priority seating for those who need it.

“The R211 fleet’s new modern design and enhanced features will drastically improve the customer experience, and we cannot wait for them to hit the rails next summer,” said Demetrius Crichlow, Acting Senior Vice President of Subways, New York City Transit.

“Expanded doors and additional accessible seating within the train cars will help speed up boarding times and ensure our customers with disabilities have sufficient seating options.”

Over the past 18 months, the Authority says it has completed 13 accessibility projects since the onset of the COVID-19 pandemic, spanning across four boroughs of New York City. Most recently, the MTA completed its first accessibility upgrade project under the historic 2020-2024 Capital Plan, at the Avenue H Q subway station in Brooklyn.

In December 2020 the MTA announced a major accessibility project that will include eight stations throughout the five boroughs as the Authority remains committed to increasing its number of fully ADA-compliant stations ensuring that no customer will be more than two stations away from an accessible station.

Transport for Wales to launch new DRT scheme in Ruthin