The CTA has received the top awards from APTA for its service to Chicago residents during the COVID-19 pandemic, when it ran a full-service schedule. 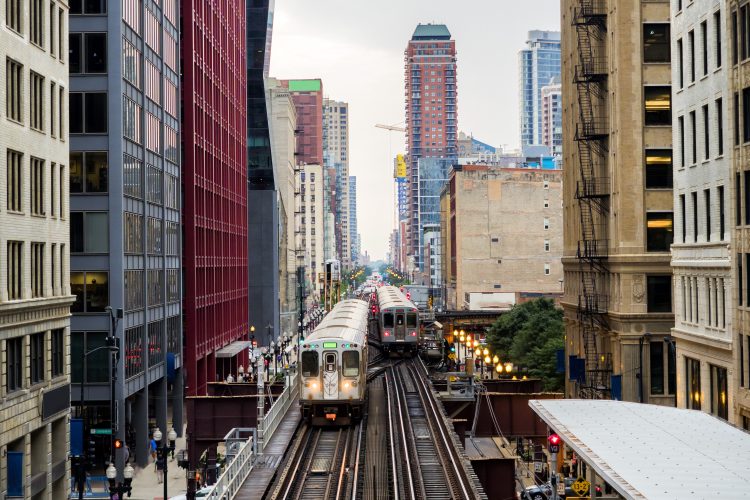 Chicago's iconic "L" system has been recognised by APTA

The system award recognises the CTA’s modernisation and efforts in 2020 to provide service during the COVID-19 pandemic. The Manager Award recognises the leadership and career accomplishments of CTA President Dorval R. Carter Jr, a 30 -year transit veteran who guided the CTA through what it has called “unprecedented circumstances” and ensured that “the CTA was the only major US transit agency to keep its full service schedule throughout the pandemic.”

“Few transit agencies in the United States have made more progress in modernizing their system over the past several years than the Chicago Transit Authority,” said APTA, “who have demonstrated significant leadership, are outstanding role models of excellence, and whose accomplishments and innovations have greatly advanced public transportation.”

APTA represents more than 1,500 public- and private-sector organisations in North America, and more than 90 per cent of people using transit in the US and Canada ride APTA member systems.

“It is an honour to receive these awards, because they are a recognition of the hard work and dedication our employees showed throughout the pandemic,” Carter said. “Everyone at this agency understands the critical role the CTA plays in keeping our city moving, and they demonstrate their commitment every day.”

“Even while under immense pressure, President Carter and the CTA have showed up for our residents time and time again—all while leading an unprecedented mission to modernize our stations, vehicles and technologies. I want to congratulate President Carter and the CTA for receiving these awards and am beyond excited to see what they accomplish next.”

When the pandemic led to a statewide stay-at-home order in March 2020, the CTA maintained its full-service schedule, keeping buses and trains running even though ridership saw an unprecedented drop of as much as 80 per cent. The state executive order at the time designated a number of services – including public transit – as essential.

Last year, CTA surveyed customers who used transit in the first few months of the pandemic. The findings confirmed the essential nature of public transit, with 19 per cent of respondents riding during the stay-at-home order being healthcare/medical workers, and 62 per cent of respondents using CTA to access food and other essential items during the stay-at-home order.

“When Chicago needed us the most, we did everything we could to provide them the service they relied on,” Carter said. “Our essential workers were moving the City’s essential workers, and it was a responsibility we took very seriously.”