COTA’s three new board members come from a variety of backgrounds, and have been appointed by three different cities in which the transit authority operates. 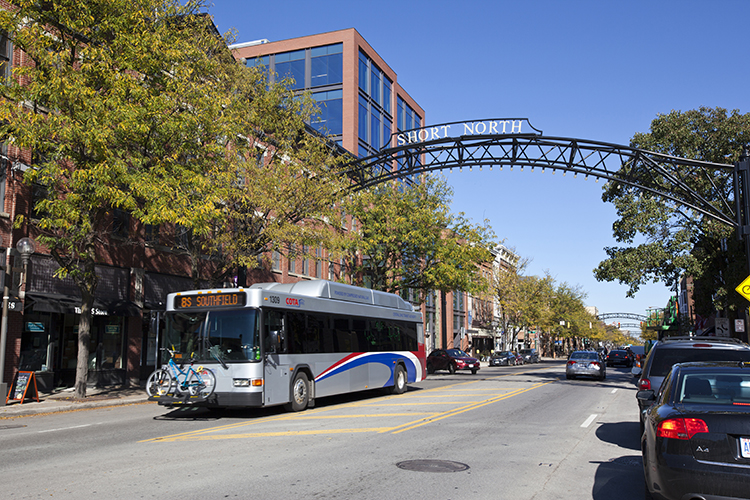 Colley recently retired from the City of Westerville where she served as the Assistant City Manager for over 12 years.  In this capacity, she was responsible for the management of the departments that develop and implement a number of plans that guide the City’s future – including the Community Plan, Mobility Plan, Economic Development Plan and the Parks Recreation and Open Space (PROS) Plan.  She also served Westerville as its economic development manager and city planner. She previously served the City of Grandview Heights as a city administrator. Colley’s leadership helped Westerville maintain its AAA bond rating, earn recognition as a Global Top 7 Intelligent Community in 2019 and 2020, and earn two national goal medals for Parks and Recreation.

“I am excited to join the COTA Board of Trustees,” Colley said. “Mobility is a key economic driver of Central Ohio, and I hope my experience in city government can be an asset as we work together to move COTA forward as a provider of mobility solutions.”

McCollough is the Chief Information Officer for the City of Dublin, where he leads initiatives in IT innovation, digital experience, smart cities, broadband, intelligent communities and blockchain technology. He is chair of the Data Policy Needs Survey and Toolkit Workgroup of the MORPC Regional Data Advisory Committee; is a member of the TECH CORPS National Advisory Board; the Per Scholas of Columbus Advisory Board; and the Jewish Family Services of Columbus Board.

“I am grateful for the opportunity to serve on the COTA Board of Trustees,” McCollough said. “Having seen how COTA has embraced innovation, data, and technology in recent years, I am thrilled to now be part of this mobility transformation.”

Mentel is a partner at Kooperman Mentel Ferguson Yaross, Ltd, where he represents clients in government relations, real estate development and election law matters. Mentel serves as chairman of the Aquinas Scholarship Endowment Fund Board, and as a member of the Columbus Zoo and Aquarium Appointed Board. He formerly served as a trustee of Kids Voting Ohio, as a member of the Ohio League of Conservation Voters Board of Directors, and as director of the Nationwide Children’s Memorial Tournament Hospitality Committee. Mental also previously served as a board member of the Ohio Building Authority.

“COTA embodies the spirit of public service, which has always been an important part of my life,” Mentel said. “I hope my experience in government affairs can be an asset in our effort to enhance mobility solutions in the Columbus Region.”

Colley and McCollough, whose terms will expire in 2024, replace outgoing board members Cathy DeRosa and Tom Grote. Mentel is serving the remainder of Mike Stevens’ term, which expires in 2023.

Also during the Annual Meeting, the COTA Board of Trustees re-elected Craig P. Treneff as Board Chair and Dr. Marlon R. Moore as Vice Chair to serve another one-year term.