Uber’s new electric vehicle service launches in London today, in a move the ridesharing company hopes will help reduce emissions and drive a green recovery to the COVID-19 crisis. 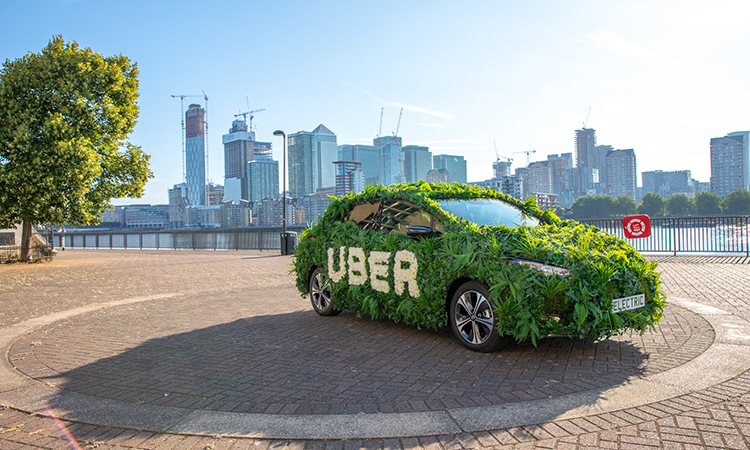 Uber Green launches in London today, which the ridesharing company says will offer passengers using the Uber app in London’s Zone 1 the ability to select a fully electric vehicle for the very first time.

Uber Green will cost the same as a regular UberX journey on the app, as Uber says going green should never be more expensive.

Drivers who have already switched to electric vehicles will pay a lower service fee of 15 per cent on Uber Green trips. Uber hopes that encouraging drivers on the app to switch to a fully electric vehicle will help to drive the mass market, while also improving air quality for all Londoners.

“With cities beginning to open up once again, we have a once in a lifetime opportunity to drive a green recovery by ensuring that every car on the Uber app in London is fully electric,” said Jamie Heywood, Uber’s Regional General Manager for Northern and Eastern Europe.

“We continue to partner with drivers to help them make the switch to electric and today we are excited to start offering riders the option to select an electric vehicle at no extra cost, allowing everyone using Uber to play their part in cleaning up urban transport.”

More than £125m has so far been raised for UK drivers to support the switch to green vehicles. Since the launch of Uber’s Clean Air Plan, more than three million trips have taken place on the app in fully electric vehicles (no hybrids, diesel or petrol), in a bid to help to reduce emissions and keep London’s air cleaner.

The money raised through Uber’s Clean Air Plan means that drivers can on average save £4,500 off the cost of an electric vehicle. Other initiatives to support drivers include discounts when using bp Pulse’s public charging network, plus deals with car makers including Nissan and Kia to provide discounted vehicles for drivers.

By the end of 2021, the ridesharing operator says Uber Green will be live in 60 major European cities, meaning that riders will be able to select a lower emission vehicle in cities representing around 80 per cent of Uber’s European business. Uber Green is also set to be available in 1,400 US locations by the end of the year.