The highest court in the land has told Uber that it now must pay workers a minimum wage and holiday pay just like employees in other industries. 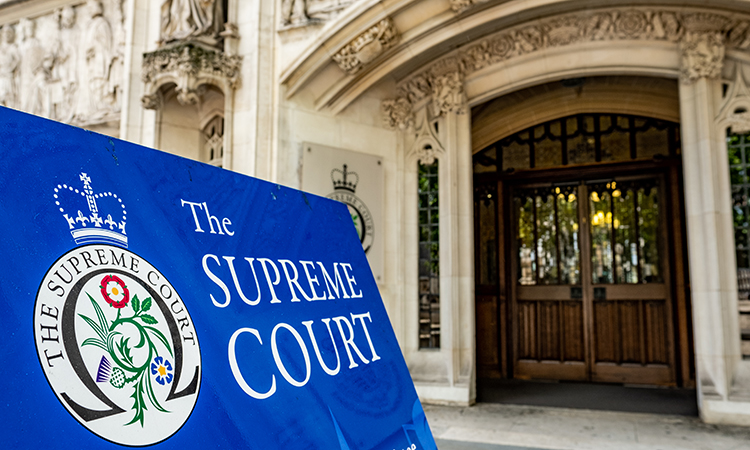 Uber must classify its drivers as workers in the UK, after the Supreme Court ruled against the ride-hailing firm in a landmark judgement which could have wide reaching effects for the ride-hailing industry as a whole.

The decision means Uber will have to pay drivers the minimum wage as well as holiday pay – a bill which could end up costing the firm a lot of money.

Having lost three earlier legal rounds, Uber appealed to the Supreme Court to settle the long-running legal battle. Instead, the UK’s highest judicial body ordered that the technology company no longer class its drivers as contractors, and instead must provide all the benefits on offer to any other employee in the country.

The two men who faced down Uber in court, former drivers James Farrar and Yaseen Aslam, told the BBC they were “thrilled and relieved” by the ruling.

“I think it’s a massive achievement in a way that we were able to stand up against a giant,” said Mr Aslam, president of the App Drivers & Couriers Union (ADCU).

“We didn’t give up and we were consistent – no matter what we went through emotionally or physically or financially, we stood our ground.”

Jamie Heywood, Uber’s Regional General Manager for Northern and Eastern Europe, said: “We respect the Court’s decision which focussed on a small number of drivers who used the Uber app in 2016.

“Since then we have made some significant changes to our business, guided by drivers every step of the way. These include giving even more control over how they earn and providing new protections like free insurance in case of sickness or injury.

“We are committed to doing more and will now consult with every active driver across the UK to understand the changes they want to see.”

Yet more reaction came from the International Transport Workers’ Federation, which called on Uber to sit down with trade unions to discuss workers’ rights.

“Despite attempts by Uber and other gig economy companies to misclassify their workers as independent contractors, courts are increasingly recognising direct employment relationships. The tide is turning,” said Stephen Cotton, ITF General Secretary.

“It’s time for Uber to abandon both its predatory business model and its aggressive legal and regulatory strategies and recognise their drivers and riders as workers with protections and rights that they are entitled to.

“We call on Uber to listen to its workers and to sit down with trade unions and engage in meaningful dialogue that ensures that the future of the gig-economy benefits everyone,” he added.

Uber has faced similar legal battles in the US too, with the controversial Proposition 22 passed by voters in California during last years elections. The proposition in this case allowed Uber and fellow rideshare firm Lyft to class drivers as contractors, rather than employees. This is seen as a crucial part of Uber’s business model, and one that it says provides the flexibility that its drivers want.

The Supreme Court’s decision is just the latest development in what was been a tumultuous period for Uber in the UK. Its license to operate in London was only renewed last year after a tussle with transport authority Transport for London (TfL) over safety concerns.

The ruling is final for Uber, who have no more legal avenues to pursue in the UK as the Supreme Court is the highest court in the land. What ramifications the judgement will have on the gig economy as a whole is as of yet unknown, but today perhaps marks a watershed moment in the way ridesharing companies operate in the UK.

Spin racks up more than 100,000 rides across Essex trial areas

CoMo urges parties to improve transport ahead of Scottish elections