The Lancaster authority has confirmed that tickets for its buses can be bought on mobile and validated onboard through scanners. 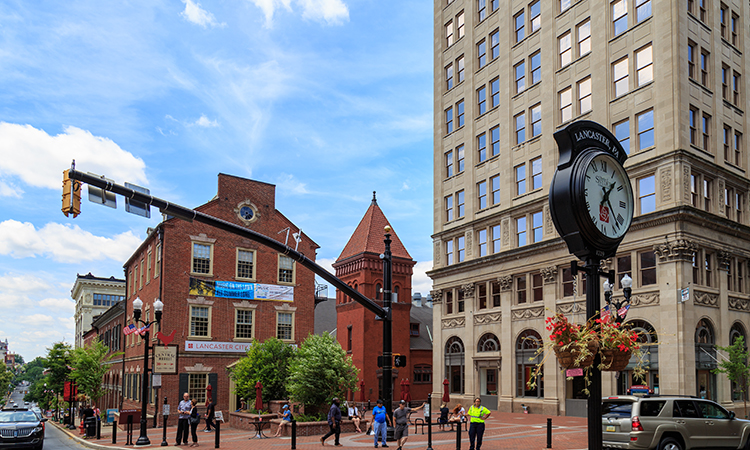 Lancaster residents can now buy their bus ticktes on a smartphone.

Red Rose Transit Authority (RRTA), which runs buses in the Pennsylvania city of Lancaster, has unveiled a new, contactless mobile payment option for its customers this week. According to the authority, RRTA’s Go Mobile payment system allows passengers to use their mobile phones to pay for their fare or bus passes.

After downloading the RRTA app and creating an account with the authority, RRTA says passengers can buy bus fares and passes and use them immediately when riding the bus.  Lancaster buses will be fitted with validators, which will scan the mobile tickets purchased by passengers.

The RRTA has however confirmed that if customers do not have a smart phone or choose not to download the app, they can purchase a reusable smart card.  The card can be reloaded with fares and passes when their current pass expires.  They can reload the card through their RRTA Go Mobile Account, or by visiting the RRTA’s Queen Street Station in the city, where a member of staff can assist with reloading the card.

“We are very excited about offering this new payment system to our customers, especially during the COVID-19 Pandemic,”  RRTA’s Executive Director stated. “It’s just one more payment option for our customers to choose from when riding RRTA.”

Aside from mobile payments, the new app will also offer a journey planning feature.  According to the authority, passengers can enter their origin and destination information and a detailed trip is created showing them how far to walk, where the bus stop is and which bus route to ride.

The new scheme is one of several which has been deployed by US public transport authorities in recent weeks, with contactless and mobile payments rolled out in cities such as Las Vegas and Dayton. It’s possible that, despite causing a severe shortfall in revenue for authorities across the US, the COVID-19 pandemic has expedited the move to contactless payments – an area in which some US public transport agencies have lagged behind in recent times. The key for authorities like RRTA in Lancaster will be in ensuring that those without access to the technology required to adapt to the new system are equally catered for.