Metro says the new service will provide greater mobility for passengers in areas difficult to reach with ordinairy fixed-route buses. 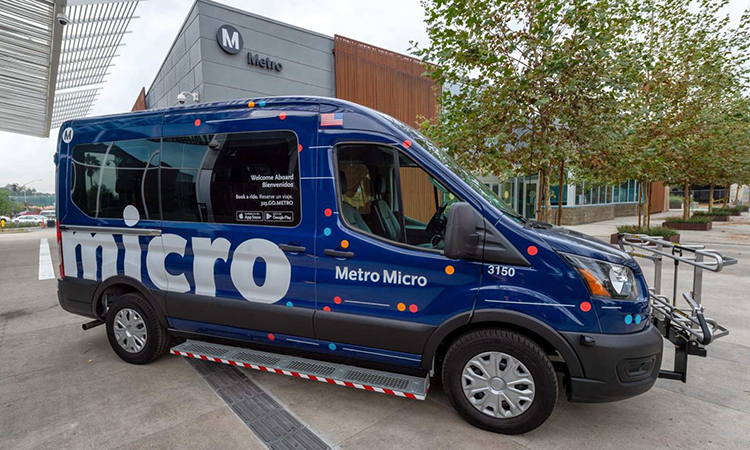 The new Metro Micro service will initially only operate in two areas of Los Angeles County.

Metro, the transport operator in Los Angeles, has launched a new on-demand microtransit service – Metro Micro. Metro Micro will be initially available in two zones, the Watts/Willowbrook and LAX/Inglewood areas.

Metro Micro will use small vehicles that will be operated by Metro in designated service zones in Los Angeles County. The service is designed to be a part of the existing transit system and to make it easier to get around in communities where it can be challenging for Metro to run fixed-route buses.

Service hours of Micro Metro beginning on Sunday will be 5am until 11pm, seven days a week in the Watts/Willowbrook zone, as well as 5am to 10 am and 2pm to 7pm in the LAX/Inglewood zone Monday to Friday.

To book a ride, passengers can use the Metro Micro app for smartphones, the operator’s website or alternatively Metro’s call centre.  After a ride is ordered, the app will provide a pickup location near the passenger’s present location.

Fares for first six months of Metro Micro will be $1 according to the operator. Passengers will be able to pay for the service by using their TAP card with stored value or with a credit card.

In February, the Metro Board approved awarding a $29-million contract to private ride-sharing company RideCo Inc. to partner with Metro to operate Metro Micro.

Metro Micro is a component of the NextGen Bus Plan – the first phase of which also came into action on 13 December. Metro says NextGen represents the first major overhaul of its bus network in more than 25 years and is designed to speed up bus trips and provide more frequent service on many routes. Metro Micro’s role is to help provide rides in parts of town that are challenging ridership-wise for fixed route buses. Metro says there are plans to expand the operating zones of Metro Micro around Los Angeles County in due course.