CoMoUK calls for on-demand buses in Scotland to improve connectivity

“We should use this moment to embed the shifting attitudes and commuter behaviour which occurred during lockdown to erode the dominance of the private car,” explains CoMoUK’s Scotland Director. 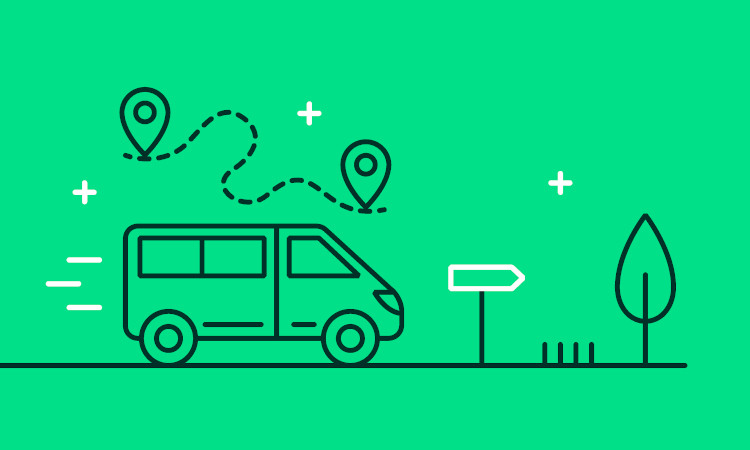 UK transport charity CoMoUK has released a statement that says on-demand bus services should be introduced to Scotland in order to keep passengers connected with essential services.

The proposal forms part of the charity’s evidence presented to the Scottish Parliament’s Rural Economy and Connectivity Committee.

CoMoUK cites other examples of flexible bus services running up and down the UK, such as:

The majority of on-demand bus services in the UK operate alongside existing services as complementary capacity, whereas others – such as fflecsi in Newport – replace some scheduled fixed-route services.

In its evidence to parliament, CoMoUK said that on-demand services can help re-connect Scottish communities that have been cut off after COVID-19-enforced service cuts. The charity also outlined that there are ongoing concerns regarding the affordability of subsidised routes.

The charity has also encouraged the government to back more car- and bike-sharing schemes. In doing so, it would be possible to create mobility hubs across the country and further encourage the adoption of shared transportation services. CoMoUK’s research shows that 634,000 households across Scotland could switch from car ownership to car club membership – a move that could have significant environmental benefits, saves 87,000 tonnes of carbon a year. Trading driving for bike-sharing for journeys under five kilometres could also save a further 64,000 tonnes of carbon annually.

“When we emerge from the devastating coronavirus crisis, there are a number of options to change the way people travel for the better,” said Lorna Finlayson, Scotland Director for CoMoUK. “That includes initiatives like bike-sharing which improves mental and physical health, and car-sharing which cuts down on carbon emissions and saves users huge amounts of money.”

Finlayson also said that recovery from the pandemic presents and opportunity for leaders to “think outside the box”, explaining that on-demand bus services could bring big benefits to communities.

“People in urban and rural areas whose services may have been reduced or removed altogether could use technology to ‘order’ a bus, which could then be used right across their community,” Finlayson explained. “We should use this moment to embed the shifting attitudes and commuter behaviour which occurred during lockdown to erode the dominance of the private car and pursue a sustainable, inclusive and affordable transport system which benefits everyone.”