Dubai RTA and Dubai Police came together in a meeting to coordinate on safe cycling, new cycle tracks and the safe trial of e-scooters throughout the city. 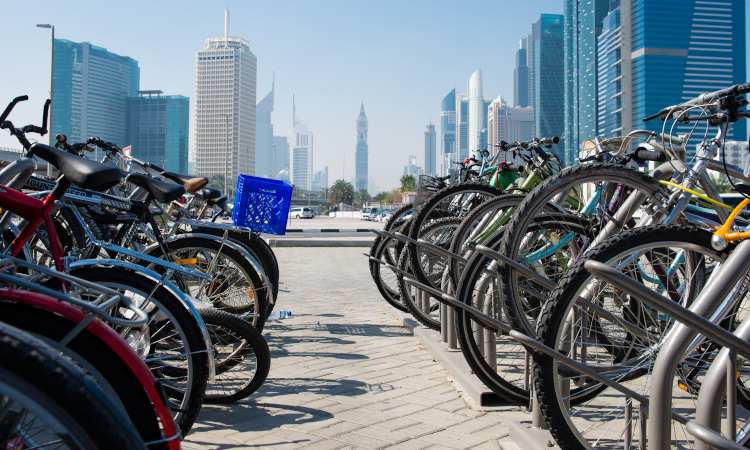 Representatives of Dubai’s Roads and Transport Authority and the Dubai Police have come together for a meeting to discuss safe e-scooter operation and boosting the safety of cycle tracks.

Mohammed Al Tayer, Director-General, Chairman of the Board of Executive Directors of the Roads and Transport Authority (RTA), met with His Excellency Lieutenant General Abdullah Khalifa Al Marri, Commander-in-Chief of Dubai Police. The meeting was required to implement directives on scooters, cycling and a truck rest stops project, as directed by His Highness Sheikh Hamdan Bin Mohammed Bin Rashid Al Maktoum, Crown Prince of Dubai.

During the meeting, the RTA and police representatives discussed the RTA’s plans to build more cycling tracks to improve the city liveability and assist in its migration to sustainable transport. Dubai’s Crown Prince is driven to make the city bicycle-friendly in line with Dubai Vision 2021 – a programme of measures to make the city a popular and safe destination for business, living and visiting.

Dubai’s cycling tracks currently extend to 425km in total. The plan is to extend them further to 647km by 2025. In a statement, RTA says it is aiming to “facilitate the link of Dubai’s hotspots with various public transit means”.

The city is set to begin e-scooter testing during the week commencing 26 October 2020 in five zones across the city. These are:

RTA says that these zones have been selected according to specific criteria such as the population density, private developments, availability of public transport services, integrated infrastructure, and high traffic safety records.