London has been introducing road charges for more than 15 years in a bid to reduce congestion and air pollution, but could they all be rolled into one smart app? We spoke exclusively to Silviya Barrett from Centre for London who explained how one easy to use application can solve all of the charging confusion. 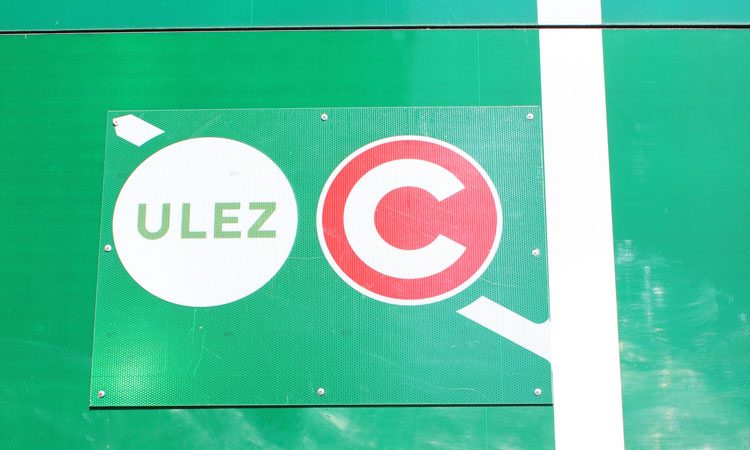 Technological innovation has enabled an explosion of new products and services catering to almost every transport need. It would have been inconceivable just 10 years ago that you could book and pay for a private taxi, bike or van hire from the palm of your hand. However, a point of irritation remains for the user: you need to have multiple apps downloaded to your phone to access the different services you require.

Transport authorities around the world – as well as some private operators – have been seeking a way to create platforms that integrate “Mobility-as-a-Service” (MaaS) in one place. In London, the key to unlocking this opportunity may lie with road user charging.

London road user charging is stuck in a previous era

Singapore has been leading the way for some time, with a fully dynamic, distance-based system of road user charging. Yet, London’s system for charging users for the negative impacts of driving is very much stuck in a previous era.

The Congestion Charge (CC) was pioneering and world-leading when it was introduced over 15 years ago, but it only operates during the daytime in a small area in central London. Also, it is a flat daily charge that costs drivers the same, regardless of how long or when they drive within the zone. This has led to increased traffic outside of charging hours and by exempt vehicles and – along with population growth and the reallocation of road space to other modes – resulted in congestion creeping back up.

The Mayor also recently launched the Ultra Low Emission Zone (ULEZ) that charges drivers of the most polluting vehicles for entering the same area as the CC but operates at all times of day and night. The ULEZ is a much-needed measure to tackle toxic air in the city centre. However, like the CC, it is also a flat daily charge, so it may help create a shift towards cleaner vehicles but is unlikely to reduce overall vehicle usage.

The ULEZ also became the latest in a number of road charging schemes in London: it came on top of the existing Congestion Charge, the London-wide Low Emission Zone and the Dartford Charge. This has already created a confusing system for drivers to navigate – before we take into account local traffic restriction schemes and future proposals, such as charges for the new Silvertown and the Blackwall tunnels and potential schemes at London airports.

Last but not least, both the CC and ULEZ rely on the same outdated technology. Enforcement is currently via roadside cameras. This is fine for the current small cordon that the charges apply to, but for a larger area or a more dynamic scheme, this solution would be expensive and unworkable.

Centre for London’s new report, Green Light, argues that GPS-enabled smartphone and in-vehicle technology now presents an opportunity for a smarter and more sophisticated approach to road user charging. We could be charging drivers per mile and with rates variable according to a whole host of factors, such as vehicle class and emission rating, pollution and congestion levels at the specific locations and time of day, and availability of public transport alternatives. The charge level would thus reflect the full external impact of a journey – which would be a fairer alternative to a flat charge.

In contrast to the Singapore scheme, however, we are suggesting that the London scheme should not be fully dynamic. While adjusting the charge according to real-time vehicle emissions and local congestion and pollution levels would most accurately reflect the actual impact of a journey, this means that drivers would not know the final cost until the end of the journey. This makes such a system unpredictable and less transparent.

Instead, the price can be set in advance and based on average recently-observed levels of congestion and pollution along the route. This would then allow the user to compare the costs to alternative modes and make an informed journey choice.

A variable but static system would not require sophisticated tailpipe emission measuring devices but can operate via a GPS-enabled in-vehicle device or a smartphone app. Users would be able to register for an account online and the journey would be verified for through the GPS device. Roadside cameras would still be needed to detect non-compliance, but the coverage would not need to be as dense. 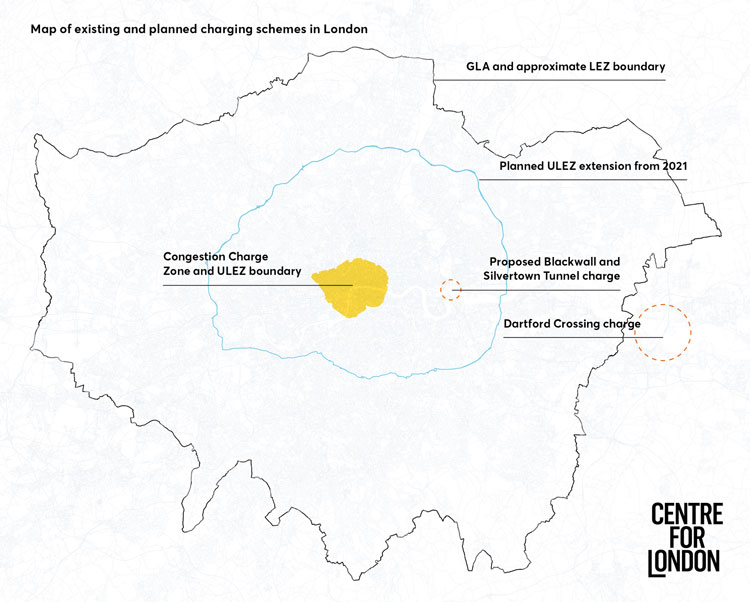 Replacing London’s myriad of existing and planned road charging scheme with a single scheme would make drivers’ experience much simpler. The smart app would quote a cost and estimated journey time in advance and would enable seamless payment on a per-journey or monthly basis. The app could offer additional services – such as signposting to available parking spaces and parking payment – to further simplify the driving process.

Other incentives could include a system of mobility credits, offered for scrapping a vehicle or giving up a parking permit. Another option is having a ‘delay repay guarantee’, similar to that on the trains, if a journey takes significantly longer than expected. Admittedly, it can be trickier to implement for drivers, as delays on the roads are often beyond the operator’s control.

However, a more comprehensive road user charging scheme would help reduce demand, improving traffic flow and journey time reliability, leading to efficiency savings. The additional revenue would also allow for sustained investment in the road network – addressing the current maintenance backlog. All this would enable Transport for London to guarantee a certain level of service, and ‘delay repay’ would cement this benefit for drivers.

The technology also means that, rather than being linked to the vehicle, accounts could be individual. This would enable two people using the same vehicle at different times to pay through their respective accounts – or to share the cost of the journey when riding together, which is not possible under the current system. Individual accounts allow operators to offer targeted discounts and would support the move towards new mobility services. For example, car clubs and private hire operators can easily pass on the charge to the customer when booking via the app.

An integrated mobility platform – the benefit for Londoners

Most importantly, the road user charging platform should be integrated with the rest of the capital’s transport system. The web platform and app, which our report calls City Move, would place tube, train, bus, bike and micro-mobility hire, ride hailing, car clubs, etc. all in one place.

Imagine the benefits of this for travellers: you put in your journey details and are told how much it will a journey would cost, how long it would take and what the health and environmental impacts would be, for a host of transport modes. You’d pay directly via the app along the way. You’d be given suggestions for alternatives that could save time or money or promote healthy activity, for example cycle or drive to the train station and the take the train or share the ride with someone looking to get to the same destination. This would help people make informed travel choices and leave the car at home whenever possible.

In this way, City Move could help reduce overall vehicle usage in favour of public transport, walking and cycling, helping reduce congestion and pollution at the same time. Our modelling showed that charging drivers on the most congested roads the equivalent of a cup of coffee or a bus ticket for an average 10-kilometre journey could reduce total emissions and air pollution levels across the whole of London by up to a fifth. Roads less dominated by motor vehicles would create a more pleasant environment and encourage more active lifestyles, ultimately creating a healthier, more liveable London.

London has always been a leader in transport innovation. It is time for the Mayor to lead the way and embrace the latest technology to create a world-leading system for planning and charging for transport that can help support Londoners’ needs far into the future.

Silviya Barrett is Research Manager at Centre for London and heads up the Transport and Environment research programme. She is the author of Green Light: Next Generation of Road User Charging for a Healthier, More Liveable London, a report examining the case for, and design principles of, a next generation road user charging scheme for London. In 2017, Silviya co-authored Street Smarts, the final report of the independent, expert-led Commission on the Future of London’s Roads and Streets. Silviya is currently working on a number of projects on transport, equity and future mobility. She also leads on the quarterly London Intelligence statistical bulletin and has authored reports on affordable housing and young Londoners’ aspirations. 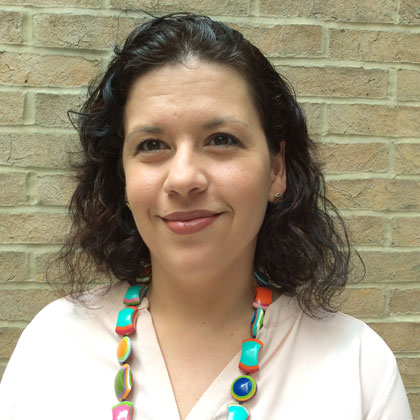 By Silviya Barrett - Centre for London