Motorists in non-ULEZ compliant vehicles will now be charged a minimum of £12.50 to drive through the centre of London in a bid to reduce the toxic emissions level. 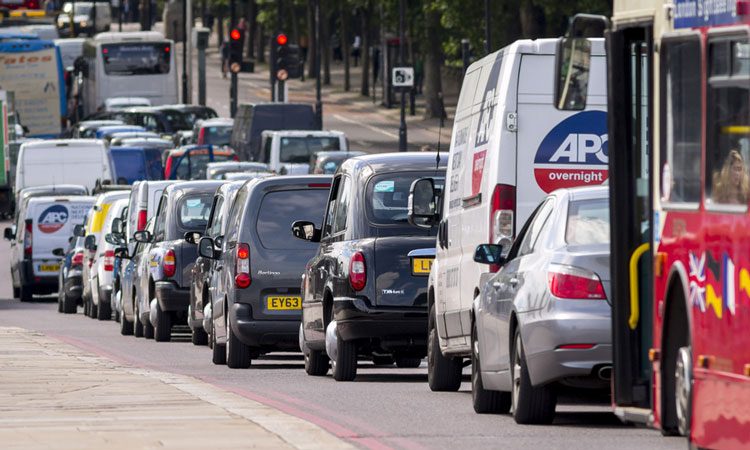 Introduced by Mayor of London Sadiq Khan, it is hoped that the ULEZ  can help improve air quality in the English capital. Transport for London (TfL) estimates that the new policy will help to contribute to approximately a 45 per cent reduction in emissions over the next two years.

Entering the ULEZ will cost most drivers in non-compliant vehicles £12.50, compared to the previous £8. This includes older cars, motorcycles and vans. However, larger vehicles such as lorries, buses and coaches will be liable for a £100 daily charge. Those who do not pay the fee will be subject to a £160 penalty fee.

Speaking on 1 April 2019, Mayor Sadiq Khan, said: “From the very outset I have been crystal clear that I would do everything in my power to tackle London’s toxic air crisis. So far in my mayoralty, this includes cleaning up our bus and taxi fleet and establishing the largest air quality monitoring network of any major city. The introduction of the world’s first 24-hour seven-day-a-week Ultra Low Emission Zone next week marks a watershed moment in our fight to clean up our filthy air. The data I’ve published gives an even clearer picture of the urgent need to take action.”

Lord Mayor of Copenhagen and Vice-Chair of C40 Cities, Frank Jensen, said: “The new Ultra Low Emission Zone in London sets an example which cities everywhere should follow. In Copenhagen we also want to enforce a stricter environmental zone, which will prohibit vehicles from polluting our streets and improve air quality. I therefore strongly urge the Danish government to let us go ahead with this urgent initiative: Our citizens, young and old have a right to cleaner air.”

There have been questions about the fairness and impact of the new measures, however.

Natalie Chapman, Head of Urban Policy at Freight Transport Association (FTA), said: “The FTA recognises and supports the need to improve air quality, but we question the effectiveness of the ULEZ in reducing emissions and the lack of financial support available to businesses. Operators and vehicle manufacturers have already led the way with investment in cleaner technologies through developments in engine standards; this has helped to reduce levels of key pollutants more than 20-fold over recent years. The ULEZ is not a transformative measure, as marketed by Sadiq Khan: it simply brings forward the fleet replacement cycle at huge cost to many small businesses and operators of specialist vehicles.”

Mayors across the globe are taking action to protect their citizens. 27 cities have committed to make large areas of their city centre fossil fuel free by 2030. Shenzhen has already successfully replaced its entire 16,000 vehicle fleet with electric buses and many other Chinese cities are well on the way to following suit within just a few years. Those cities which embrace the shift to zero emission transport most quickly, will enjoy cleaner air, healthier and more prosperous communities, lower health care costs and greater resilience to the effects of climate change.

By October 2021, the ULEZ will be expanded to include the whole area between the North and South Circular roads. 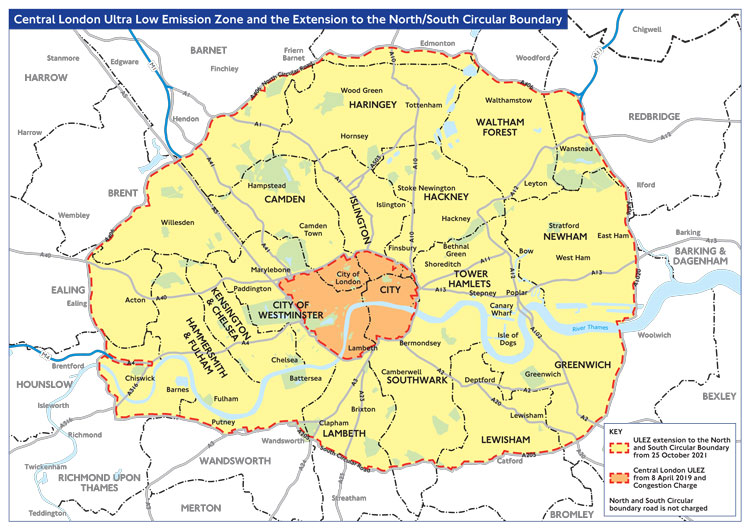 Boundary of the ULEZ (Credit: TfL)

Dott announces $70 million extension to Series B funding round