Developing a regulatory landscape for the future of mobility

Amy Stray and Deborah Harvey, energy experts at Osborne Clarke, discuss the regulatory process for the future of mobility, including autonomous vehicles. 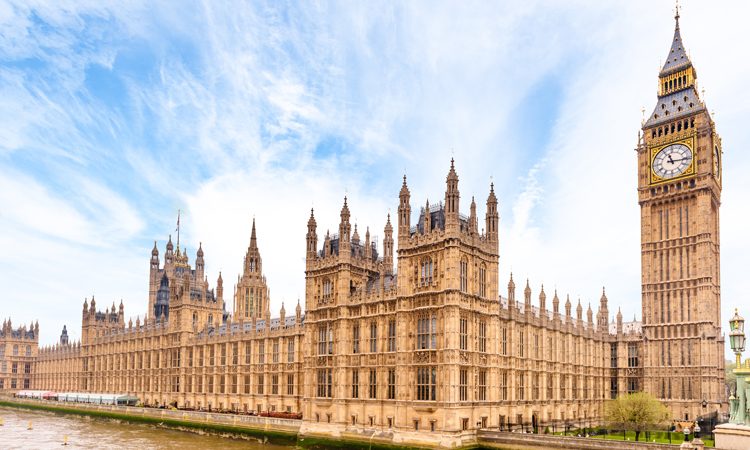 The summer recess. Traditionally a quieter time for Parliament and the media alike, 2018’s comparative peace (notwithstanding Brexit planning) has been punctuated by a raft of government announcements on the future of mobility and autonomous vehicles space.

Since the launch of its Industrial Strategy late 2017, which deferred much of the strategic detail around how the objectives of the Foundations of Productivity1 and Grand Challenges2 would be achieved, the government has been considering how such objectives should actually be realised. The answer? Consult with the industry.

Consultation with industry and stakeholders

July 2018 marked a series of publications, consultations, strategies and legislative developments from the government regarding the ‘future of mobility’ – one of the Industrial Strategy’s Grand Challenges. Such announcements included the long-awaited commencement of the government’s search for an electric vehicle (EV) charging fund manager to head up the much-publicised £400 million charging infrastructure fund, which followed approximately 70 meetings with private enterprises and interested stakeholders regarding how the fund should be structured and managed.

Furthermore, the Road to Zero Strategy was released, in which the government reiterated its intention to ban all new diesel and petrol cars and vans by 2040, outlining a number of new measures to “make transport cleaner and greener”, including pledges to consult whether all newly built homes should be fitted with EV charging points and the launch of joint research with Highways England to identify zero emission technologies suitable for HGV traffic.

A core principle underpinning many of the government’s objectives is that, as transport technology and services evolve, policy and regulatory review is required to support innovation3. The government considers that clear and specific goals, backed by a range of policy measures are needed to drive “innovation, business investment and positive social and environmental outcomes”. Reviews of primary and secondary legislation (such as the recent enactment of the Automated and Electric Vehicles Act 2018) and input from industry on which laws/regulations do not address needs (such as the currently open consultation to bring forward new legislation to support the use of drones4) are intended to identify regulatory barriers to harnessing benefits and mitigating risks associated with new transport technologies and services.

In spring 2018, as part of the Future Mobility Grand Challenge, the government announced a three-year regulatory review by the Law Commission of driving laws in preparation for self-driving vehicles, examining any legal obstacles to the widespread introduction of self-driving vehicles and highlighting the need for regulatory reforms. This embracing of regulatory review is in common with that adopted in other rapidly evolving sectors5, and in keeping with the far wider review of the UK’s existing legislation currently underway in preparation for Brexit, notable in view of the European Union (Withdrawal) Act 2018 having recently become law6.

This approach perhaps reflects the government’s acceptance of the disruption caused by emerging technologies and blurring of traditional sectors and services, as well as its general appreciation that the existing regulatory landscape needs to be flexible and responsive to embrace the opportunities presented by such disruption. Indeed, the Law Commission is set to review the role of automated vehicles within public transport networks and emerging platforms for on-demand passenger transport, car-sharing and new business models providing Mobility-as-a-Service (MaaS), presumably to underpin the government’s desired outcome that technologies (including connected, autonomous and EVs) and new business models (including MaaS models) are relevant, widely accessible and sustainable.

The Industrial Strategy set an objective for fully self-driving vehicles, without a human operator, to be on UK roads by 2021.

At present, there is a tension in the current law between the existing basis for liability in road accidents (generally negligence supported by manufacturer liability (where applicable)) and the seemingly increased potential causes of accidents involving self-driving vehicles. Fatalities in road accidents involving Volvo and Tesla driverless technology illustrate the complexities of determining responsibility for the automated choices made by the self-driving vehicle and any step-in performed (or not performed) by the driver.

The Law Commission regulatory review seeks to determine some of these issues, including identification of the ‘driver’ or responsible person, allocation of civil and criminal responsibility where there is some shared control in a human-machine interface, whether there is a need for new criminal offences to deal with novel types of conduct and interference, and the impact on other road users and how they can be protected from risk.

The identification and allocation of responsibility in road accidents involving self-driving vehicles is inherently complex, extending beyond road traffic legislation to product liability and with a wider potential for liability of third parties involved in delivering real-time operational services to self-driving vehicles. Beyond the allocation of blame between human error and technology, self-driving vehicles introduce risks standard in digital technologies, for example, software faults (including interfacing with the surrounding environment) and connectivity (including service fault and interruption and cyber-attacks) but with consequences amplified at speed. The Law Commission has recognised that data protection and privacy, theft and cyber-security and land use policy are integral to delivering effective policy for self-driving vehicles and that such policy will inform its thinking, but are out of the scope of its review, presumably to be picked up in the government’s regulatory overhaul more generally.

However reform is delivered, any resulting legislative and regulatory framework will need to capture causes of accidents in self-driving vehicles more widely and balance liability fairly between manufacturer, driver and other third parties. In addition, such a framework is likely to be desirable during the testing and nascent phases of driverless technology deployment if it is to support one of the government’s stated aims of ensuring “the UK remains one of the best places in the world to develop, test and drive self-driving vehicles”7.

Self-driving vehicles: the role of insurance

The Automated and Electric Vehicles Act 2018 already regulates certain limited areas of liability via insurance. Section 2(1) sets out that where an automated vehicle (meaning a motor vehicle that, in the Secretary of State’s opinion, is designed or adapted to be capable, in at least some circumstances or situations, of safely driving itself and can lawfully be driven in that way on roads and public places) causes an accident and is insured, the insurer is liable for the damage caused. Where an automated vehicle is not insured, the owner is liable for the damage caused (section 2(2)). Contributory negligence of the injured party applies.

The Act already provides that insurers may exclude or limit the insurer’s liability arising as a result of software alterations made by or with the knowledge of the insured which are prohibited under the terms of the policy, and the insured’s failure to install safety-critical software updates that the insured knows, or ought reasonably to know, are safety-critical. The Act further recognises the right of the insurer and/or the vehicle owner to claim against any other person responsible for accidents, perhaps hinting that service providers (such as connectivity providers) could be on the hook for accidents involving self-driving vehicles reliant on their service for safe operational performance.

We would expect further developments in this area as the Law Commission progresses with its review and the government explores the developments required to the policy and regulatory landscape to support growth in the autonomous vehicle market.

Whilst cleaner transport remains a core objective of the future of mobility Grand Challenge, the government has recognised that mobility is no longer just about transport. New technologies, services and consumer behaviours – including those arising from the sharing economy, digital business and big data – are playing a significant role in how and why we use the transport network, as well as the wider development of the urban landscape.

Although the government has reiterated that any transition should meet the needs of an ageing society, capitalise on UK strengths in artificial intelligence and data and support clean growth, its announcements, consultations, strategies and legislative reform suggest an acceptance that any solution cannot be delivered by a top-down approach. Expertise and investment from innovative technology and service businesses and cross-sector partnerships are needed in addition to public investment to maximise opportunities presented by the transformations in mobility. Coupled with this, a flexible and responsive regulatory framework will be fundamental to enable successful collaboration in transport transformation and support our wider smart city evolution.

Amy Stray is a Senior Associate in Osborne Clarke’s Projects team, specialising in the Energy & Utilities sector and advising clients on commercial and regulatory aspects of energy generation, management and consumption projects.