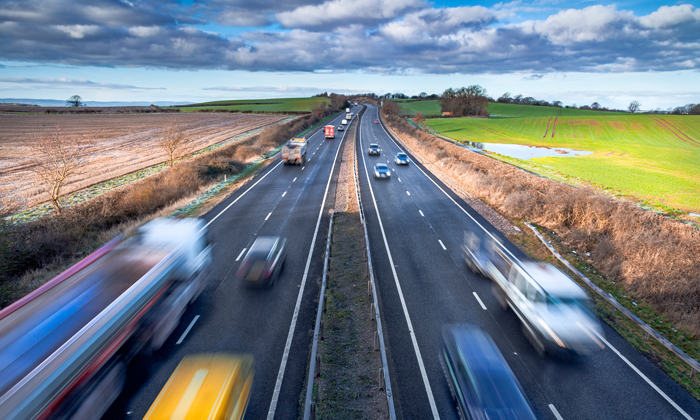 The UK government has confirmed its target to see at least half of new cars to be ultra-low emission by 2030, as part of plans to make the UK a global leader in electric vehicle deployment.

The proposals are outlined in the Road to Zero Strategy, which sets out ambitions to enable a massive expansion of green infrastructure across the country, reduce emissions from the vehicles already on the roads and drive the uptake of zero emission cars, vans and trucks.

Together, the measures will put the UK at the forefront of a global revolution in motoring and help to deliver cleaner air, a better environment and a strong clean economy.

The Road to Zero Strategy will help the government to achieve key elements of its modern Industrial Strategy, which is expected to lead the industries of the future and build the UK’s competitiveness in major global economic trends.

As set out in the government’s air quality plan, the UK will end the sale of new conventional petrol and diesel cars and vans by 2040. The Road to Zero Strategy will build on this commitment and outlines how the government will work with the industry to support achieving this.

The government will work alongside industry, businesses, academia, consumer groups, devolved administrations, environmental groups, local government and international partners to enable the deployment of one of the best electric vehicle infrastructure networks in the world and prepare for a greener future.

Chris Grayling, Secretary of State for Transport, said: “The coming decades are going to be transformative for our motor industry, our national infrastructure and the way we travel. We expect to see more change in the transport sector over the next 10 years than we have in the previous century.

“We are expecting our economy and society to experience profound change, which is why we have marked the future of mobility as one of the four grand challenges as part of our modern Industrial Strategy. The Road to Zero Strategy sets out a clear path for Britain to be a world leader in the zero emission revolution – ensuring that the UK has cleaner air, a better environment and a stronger economy.”

The mission is to put the UK at the forefront of an industry that is estimated to be worth up to £7.6 trillion per year by 2050.

The Road to Zero Strategy is technology neutral and does not speculate on which technologies might help to deliver the government’s 2040 mission. There is no plan to ban any particular technology – like hybrids – as part of this strategy.

The government has already committed to investing £1.5 billion in ultra-low emission vehicles by 2020 and the Road to Zero Strategy outlines a number of ambitious initiatives which will set the stage for the mass uptake of ultra-low emission vehicles. The government is also taking powers through the Automated and Electric Vehicles Bill to ensure charge points are easily accessed and used across the UK.

The government expects the transition to be led by industry and consumers and a review of the uptake of ultra-low emission vehicles will take place in 2025 to consider what interventions are required if not enough progress is being made.

Whilst welcoming the Government’s commitment to ban the sale of high-polluting cars and vans, Greener Journeys, the sustainable transport campaign, says the plans don’t go far enough. Claire Haigh, Chief Executive of Greener Journeys, said: “It’s disheartening to see that having promised to take bold action to reduce emissions and solve the UK’s air pollution crisis, the Government has failed to take the necessary tough decisions. It has still done nothing to reduce the sheer number of vehicles on the road.

“Cars are the number one cause of roadside air pollution, which has reached illegal levels and is causing up to 50,000 early deaths per year. We cannot solve this crisis without reducing car use.  A double decker bus can take 75 cars off the road and a modern diesel bus emits 10 times fewer NOx emissions per passenger than a modern diesel car.

“We urgently need measures to encourage a switch from car to public transport. For a start, the Government should end the freeze in fuel duty which has led to a four per cent increase in traffic since 2011. The Treasury’s own figures show that the ongoing fuel duty freeze cost the exchequer an estimated £46 billion between 2011 and 2019 – more than twice the amount spent on NHS doctors and nurses each year.”