Posted: 7 December 2020 | Julia Wallerce - Institute for Transportation and Development | No comments yet

As COVID-19 has changed the way that the residents of Greater Boston travel, ITDP’s Julia Wallerce believes a major rethink in how space is divided between pedestrians, cars, and transit is needed. 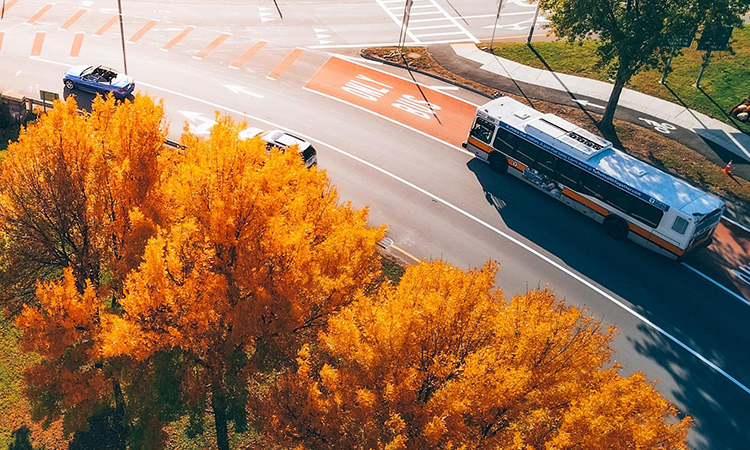 As part of the team looking to bring bus rapid transit to Greater Boston, Massachusetts, Julia Wallerce answers questions on what the project can do for the city, and why now, more than ever, is the time for real change when it comes to deciding how street space is divided.

How can projects like “Reimagine Broadway” act as examples for others to adopt bus rapid transit (BRT) as a solution to crowded roads and streets?

Reimagine Broadway is a comprehensive and human-centered approach not just to BRT, but to overall mobility along the corridor- from the front door to the sidewalk to the bus stop to the bus. By focusing on the human experience of moving from point A to point B and navigating the corridor in ways other than a vehicle, Reimagine Broadway brings to surface the importance not just of better bus services, but also of better streets and sidewalks, more and better mobility options, as well as better, more legible signage and wayfinding.

Particularly during this time of crisis and insecurity, Reimagine Broadway demonstrates how simple changes to the way street space is allocated and accessed can offer meaningful improvements to both public safety and traffic congestion, starting by prioritising people over vehicles on our streets.

How important are mobility hubs in creating a vision of the future of mobility where shared, active and sustainable services are both the public’s preferred mode and the transport sector’s priority?

Mobility hubs bring a very important and mostly new element to transport planning, which is modal choice, and intersectionality between those choices. So, instead of planning for just one mode that a person might choose for a trip, mobility hubs introduce the notion that a plurality of choices should be available and made accessible at designated locations of interest throughout a corridor.

Transportation options have always been critical, but particularly in this post-pandemic era, people need to know that there are options available to them that are safe and affordable. They must know that if they show up to the bus stop and the bus they rely on is crowded, there are bikes available and a safe route to cycle, or there are signs displaying information about how long it might take to walk instead. They must be presented with real time information about when the next bus will arrive, other buses they could take, and how crowded those buses might be.

Mobility hubs bring shared, active and sustainable transport into public view in a way that is both accessible and legible, especially to people who are new to the community, who do not have access to cars, or who do not speak or read English (signage in multiple languages is critical). 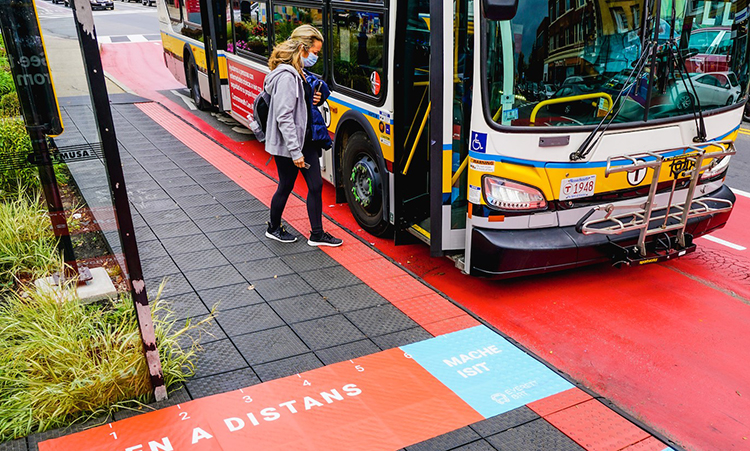 Bus lanes with same level board platforms have been added in Boston.

What more can be done to redress the balance of urban space in large conurbations when we look at how much is dedicated to personal cars against how much gives priority to walking, cycling and transit?

It’s not that there isn’t enough space on our streets for people and cars to both move safely – there almost always is.  Rather, the problem is that we (meaning mostly decision makers) are often too afraid to make changes to the way that space is allocated, especially when those changes involve a redirecting of space formerly allocated to cars (whether parked or moving) and dedicating it to people, or to transit. One way to break through that barrier is to build public support and convey in meaningful, visual ways to decision makers how much public support there is for streets and public spaces that prioritise people and transit, even at the expense of vehicular convenience (ie. street parking).

Often, people in decision making roles (elected officials, planners) are simply not cognisant of the unmet appetite in our cities and towns for more space to walk and bike, and for a better transit experience. This is usually because it is people who primarily drive cars who are often the most vocal, as well as the most financially secure. Creating opportunities for transit riders, cyclists and pedestrians to be heard in the public narrative – either through community forums, surveys, events or demonstration projects – can go a long way in changing the outcomes of how urban space is shaped and allocated, simply because the people making those decisions are able to recognise their importance, and gain the confidence necessary to make them happen.

Since the onset of the COVID-19 pandemic, the impetus for carving out more and safer spaces for people to walk, bike and access transit has only been exacerbated. This is because more people are spending more time in their local communities, looking to walk and cycle for shorter trips as well as recreation, and more importantly, because many of our frontline essential workers rely on transit, cycling, or walking to get to work.

A crowded bus is no longer a successful bus, a crowded sidewalk is now a public health threat. It has never been more important for municipalities to prioritise livability and invest in changes to streets and public spaces that make moving on foot, bike or transit accessible and safe – not just from the danger of moving vehicles, but from the risk of disease transmission.

This in itself has dramatically altered our approach to transport planning, ultimately in a way that makes spatial transformations like complete streets, shared streets, slow streets and transit priority more critical than ever before.

The Reimagine Broadway project comes on the heels of several years of progress towards shifting spatial priority on city streets from cars to people, and towards the vision that Mayor DeMaria in Everett has committed to for achieving full scale, centre running bus rapid transit (BRT).

To date, most of the changes have been incremental- a bus lane here, some level board platforms there, an expansion of bike lanes and sidewalk improvements – but Reimagine Broadway sets the stage for a holistic approach to mobility that extends across all modes to all parts of the city.

The bus lanes were the nexus of the project, but they weren’t where the impacts started or ended. That type of connectivity and emphasis on what is ultimately a very human experience sets the stage for a continuation of these improvements that not only make the city a more sustainable and equitable place, but that also move the Broadway corridor closer to BRT.

A vocal advocate for improving transportation and street use, Julia also represents ITDP in the Boston region around a host of other issues and projects including MassDOT’s Bus Network Redesign, MassINC’s Gateway Cities Initiative and municipal bus priority projects throughout the Boston region. 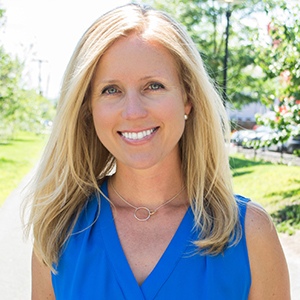 By Julia Wallerce - Institute for Transportation and Development