The British government recently announced that e-scooter trials would be fast-tracked as part of a ‘green restart of local transport,’ and has now requested feedback to a set of proposed regulatory changes and plans. 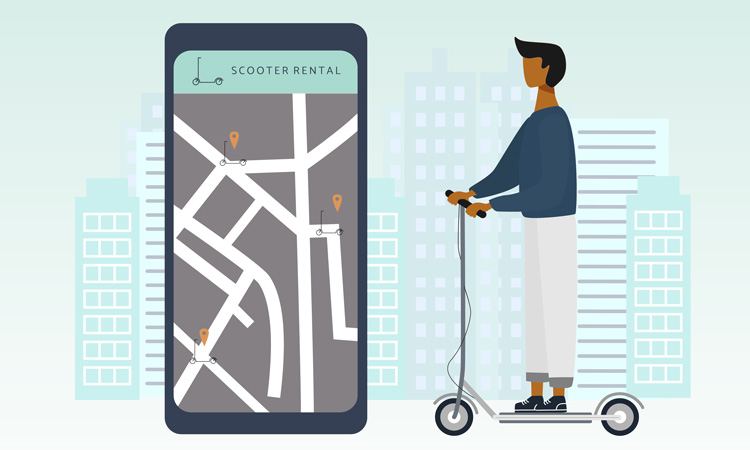 The British government has set out plans for its consultation on the urgent legislation to allow rental e-scooter trials to commence sooner and in more areas than initially planned, requesting feedback to a set of proposals.

The fast-tracking of the trials was in response to the COVID-19 pandemic and is part of the government’s green restart of local transport.

The Department for Transport (DfT) is reviewing the regulations that apply to e-scooters as part of its Future of Transport programme. A call for evidence on micromobility vehicles (inclduing e-scooters) was launched in March and runs until 3 July 2020. Initially, DfT planned to run trials of e-scooters in four ‘Future Transport Zones’. However, on 9 May 2020 DfT announced that this would be opened up to more areas.

“Before we can decide whether to fully legalise them and determine the rules that should apply, we need to understand their impacts. That means gathering evidence on their safety, how people use them, whether the potential benefits can be realised, and how to manage the downsides,” DfT wrote in a statement.

However, during the trials, e-scooters will continue to be classed as motor vehicles, meaning requirements to have insurance and the correct type of driving licence will apply. In the future, DfT may look to amend the law to treat e-scooters more like EAPCs.

E-scooters up to 12.5 mph will be permitted – the same speed limit applied in France, Germany, Denmark and some other countries. However,  DfT has stated that it is seeking views on whether a speed limit of 15.5 mph would be more appropriate, which would match the speed limit for EAPCs.

It is also considering including a maximum motor power of 350 Watts within the definition of an e-scooter.

Local areas will be able to host trials of rental e-scooters if they wish to do so. In order to ensure that local and national government requirements for trials are met, DfT has stated that it will work with local areas on what controls should be in place during trials, such as controls over the number of vehicles permitted in a given area.

Agreements will be contracted between local areas and e-scooter rental companies allowing for these controls to be put in place.

Question responses are being accepted until 2 June 2020.

Face covering requirements reintroduced on public transport in the UK