Council leaders have been urged to put York forward as a zero emission city centre candidate, which would mean only bicycles and electric vehicles are permitted. 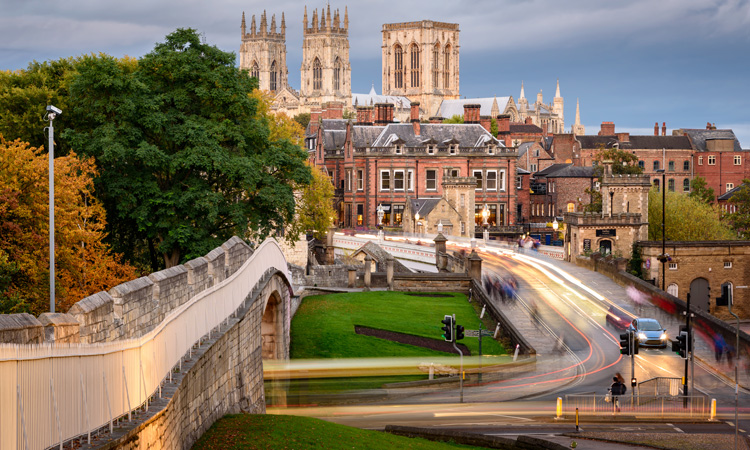 York could reportedly bid to become the first zero-emission city centre in England when lockdown restrictions are lifted.

Transport Secretary recently Grant Shapps announced that the government is looking for at least one city centre to be restricted to bikes and electric vehicles only – as part of a nationwide boost of active and sustainable travel.

The York Labour group has written to council leaders urging them to put York forward to be chosen as the first zero-emission city centre.

Councillors already recently voted in favour of banning private car journeys within the city walls by 2023, and this step would be another towards true sustainability, the councillors highlighted.

Councillor Jonny Crawshaw said: “We were pleased to hear how much government’s thinking on future transport policy chimes with the steps York has already begun to take towards a lower-car, low-carbon, people-friendly city.

“Lockdown has given us a glimpse of what significantly quieter, more peaceful streets can be like. Fewer cars on the roads has already lead to vast improvements in air quality and it’s been great to see more people – including many families – getting out and about on their bikes, exploring parts of the city they might not previously have felt safe venturing into on two-wheels. We are really keen to find ways of retaining these gains as and when the lockdown is gradually eased.”

“York was one of the first pedestrianised city centres in the UK and we invested £1.2 million to become the first voluntary Clean Air Zone in the UK in January 2020. A further £2 million is being spent to install electric charging points across ensuring that five per cent of all council car parking bays have EV points.

“As a result, we are in an excellent position to become the UK’s first carbon free city and we will take every opportunity to work with the government to sustain the positive environmental benefits that have come from the reduced number of vehicles on our roads.

“However, for councils like the City of York, to make as big an impact as possible we need clarity over national funding. So far York has received just over £10 million to cover our COVID-19 response that is estimated to cost £34 million. Our local authority has been continuously under-funded in recent years, particularly when compared to other parts of the UK.

“We need the government to deliver on their promise of fair funding for councils, including for support with zero carbon schemes, during the COVID-19 crisis.“

Dubai RTA experienced 33.2 per cent increase in ridership in 2021