A project between two American universities is studying whether shared micromobility services such as e-scooters and bikes can safely and sustainably make up for the transit challenges presented by COVID-19. 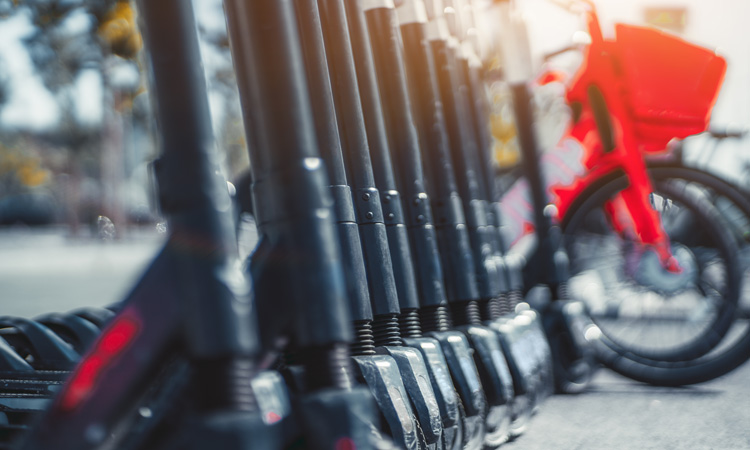 In a collaborative project between the University of Tennessee (UT), Knoxville, and Portland State University (PSU), Professor Chris Cherry and Assistant Professor Candace Brakewood, both of UT’s Department of Civil and Environmental Engineering, and PSU Sustainable Transportation Program Manager John MacArthur are studying the potential for micromobility services, such as shared bikes and e-scooters, to fill the void in mobility presented by COVID-19.

Moving forward, the research team is partnering with local public agencies – WeGo Public Transit in Nashville, Tennessee, and TriMet and the Bureau of Transportation in Portland, Oregon – to look at commuting patterns in both cities. Bike share and e-scooter share companies Bird, Spin, and BIKETOWN as well as Transit App will be providing support to track changes in ridership during recovery.

“Working closely with local and national partners will give us, and policymakers, a clearer picture of where transportation priorities and opportunities lie,” said MacArthur. “We’re hoping our models can help predict how city transit systems will recover for current and future public health crises.”

The main question they wanted to answer was whether widespread adoption of new modes of transportation, such as bike share and e-scooters, would offer workers a way to get to work without putting them in the close confines of other passengers on traditional transit, and whether people would even choose these modes in the first place.

“Transportation demand has dropped by 50 to 90 per cent across all modes in the U.S., and transit has been particularly hard hit, with micromobility modes like shared bikes and electric scooters also seeing large drops in use,” said Cherry. “As travel demand recovers, it is important to understand the role of all shared modes in restarting the economy and maintaining social distancing.”

One of the early findings is that answers to those questions vary greatly by city and region. In New York and Chicago, for example, bike share usage was up 65 per cent from the same date the year before, but in Seattle and San Francisco, bike share use had plummeted.

The reason for the variance may lie with the cities themselves, the researchers suggested.

“It – not surprisingly – is tied to the kind of response the city had to the virus,” Brakewood said. “In Seattle and San Francisco, there was a greater shutdown of activity and at a sooner date than in Chicago and New York. Where businesses stayed open longer, workers were required to report longer, but the good thing is that it shows that those workers at least tried to find methods of commuting that still allowed them to be better spaced from others.”

Beyond Nashville and Portland, the team aims to look at ridership trends across various modes of transportation, giving them a more robust understanding of how other U.S. cities and the workers within them respond to times of crisis, helping guide future decisions about transport and micromobility.