On 4 April 2020, Norfolk County Council’s Pushing Ahead Project will join forces with Beryl and Active Norfolk to hold a public cycling event to celebrate the arrival of the scheme. 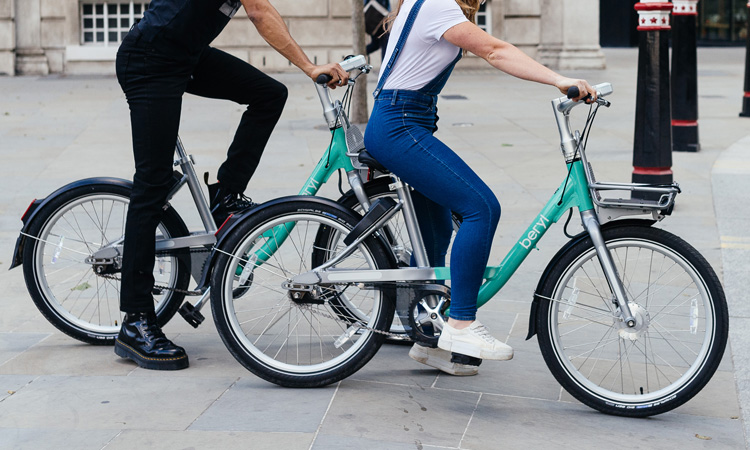 Transport for Norwich and Beryl Bikes, as part of a series of projects funded through the central government’s Transforming Cities Fund, have launched the pedal bike service in Norwich.

225 pedal bikes will initially be rolled out, with 465 bikes planned to become available with the launch of e-bikes later in 2020. Bikes will be available to pick up and drop off at an initial 47 Beryl Bays increasing to over 70 being installed across the city, with the aim to support residents and visitors who want a greener mode of transport throughout the city.

Cycling is already said to be a popular mode of transport in Norwich with data from the Walking and Cycling Statistics, England: 2016, showing 11.2 per cent of adults already cycling for travel at least three times per week. The city ranks seventh in England behind Oxford and Cambridge.

The new bike share scheme will include the use of planters and parklets – small landscaped areas with seating and planting which aim to contribute to the greening of the city and creation of a more enjoyable outdoor space. With the aim of encouraging a shift from car to bicycle use, a number of bays will also repurpose existing on-street car parking.

Beryl CEO, Phillip Ellis, said: “We hope that by bringing our innovative scheme to the area, which will have both pedal and electric-assisted bicycles, it will have a positive effect on the local environment, encourage more people to use the excellent cycling infrastructure that Norwich already has in place and bring a bit more fun into people’s daily routines. Our aim is to encourage more people to change their habits, replace car journeys with greener modes of transport and enjoy more of the city by bike.”

Councillor Martin Wilby, Norfolk County Council’s Cabinet Member for Highways and Infrastructure and chair of the Transforming Cities Joint Committee, added: “Norwich is already one of the country’s leading cycling cities. This scheme will allow us to build on that by offering people more flexibility and choice around sustainable transport options, which ultimately helps us to reduce congestion and emissions while staying active and healthy in our day-to-day lives.

“We’ve already seen a 40 per cent uplift in cycling through the infrastructure we have delivered to date and will look to grow this further should we be successful in the next round of transforming cities funding.”