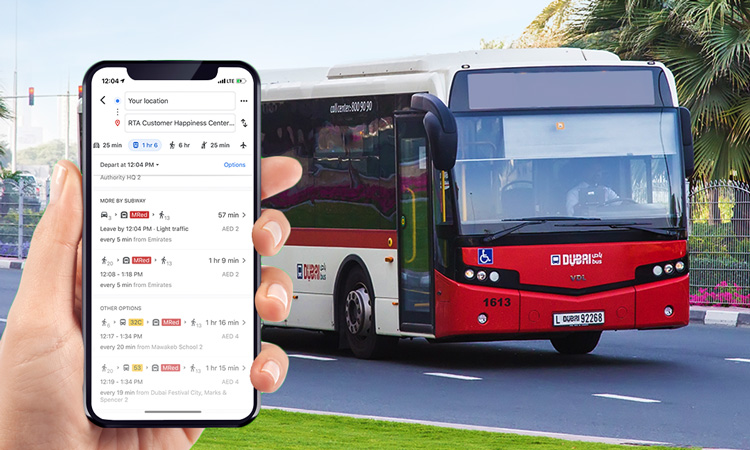 Dubai’s Roads and Transport Authority (RTA) has started to run real-time updates of bus timetables on Google Maps in collaboration with Google Inc, becoming the first city in the Middle East to use open data in public transport on par with 100 other smart cities across the globe.

“Linking and providing instant updates of bus schedules on Google Platform will help public transport riders and keep them informed of bus timetables, especially in the event of an anticipated early departure or late arrival. Such updates will enable them to better plan their journeys and minimise potential complaints from changes in timetables for unavoidable reasons,” said Khaled Al Awadi, Director of Transportation Systems at RTA’s Public Transport Agency.

“Google Maps are commonly used and are extremely popular worldwide. The initiative is in line with our leaders’ efforts to cater to the needs of Dubai residents, especially riders of public transport; the backbone of people mobility in Dubai. It serves many other strategic goals of RTA such as ‘Smart Dubai,’ ‘People Happiness’ and ‘Advance RTA,’ he concluded.

The news comes on the heels of a spate of other smart mobility announcements from RTA, which recently launched its first bike-share system in partnership with Careem, and at the end of 2019 began successfully transitioning all taxi bookings to an e-hailing platform.