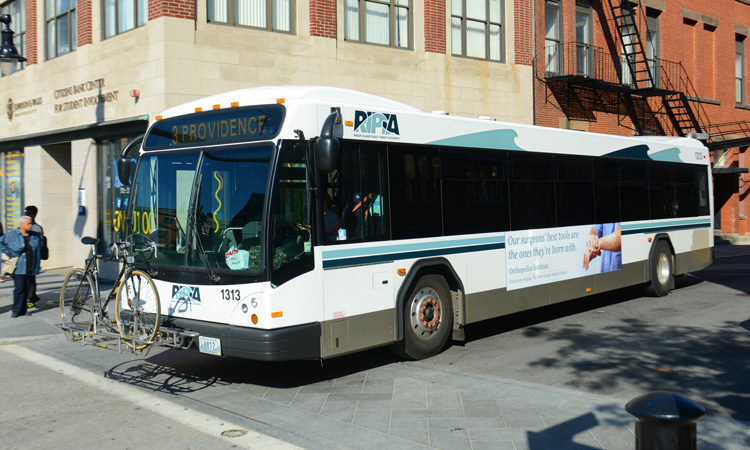 The Rhode Island Public Transit Authority (RIPTA) has announced that its new 2019 buses are equipped with cost-saving solar systems. The systems are designed specifically for the transportation industry and will reportedly extend the vehicle battery life and optimise battery performance.

Manufactured by eNow Inc. of Warwick, the systems use solar energy to increase reliability when buses are started, and cause less strain on the alternator throughout the day as the vehicles operate auxiliary systems such as on-board electronics.

“Equipping our RIPTA buses with solar systems is proof that smart investments in renewable energy benefit both the environment and our economy,” said Governor Gina M. Raimondo. “This programme not only supports a cutting-edge clean technology company in Warwick, but will help make commuting with RIPTA a more energy efficient option for riders. I look forward to continuing to make Rhode Island a leader in clean energy.”

Scott Avedisian, RIPTA’s Chief Executive Officer, noted that the decision to purchase the solar panels was made after RIPTA worked with eNow for more than two years on a pilot programme to test the effectiveness of their solar panels on buses. “It’s been great working with eNow on this project,” he said, “and we’re very grateful to the Commerce Corporation for making funds available that help us save energy, time and money. This project is a win on many levels – we are working with the state to introduce alternative energy sources into public transit, we’re partnering with a Rhode Island company, and we’re collecting data that will be helpful to others in the transit industry.”

For RIPTA, maximising battery life and performance will reportedly represent a savings estimated at more than $80,000 a year. Each of the new 2019 buses is equipped with two batteries, which cost about $365 each.

Why COP26 is an unmissable opportunity for the transport industry