Thales is to provide its Communications Based Train Control (CBTC) system for the city of Ottawa’s east and west Stage 2 LRT project. 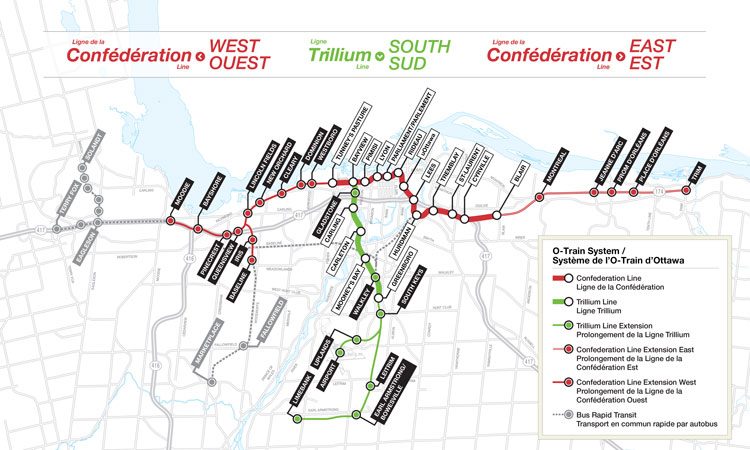 Thales’s contribution to the Stage 2 O-Train extension project consists of integrating control units on-board each train, the installation of guideway equipment, including zone controllers, as well as commissioning the system to be safely integrated within Stage 1 operations.

Thales’s SelTrac™ Communications Based Train Control system is used on the O-Train’s Stage 1 transportation solution, which is designed to meet Ottawa’s transit challenges with a system that integrates surrounding communities with existing cycling and pedestrian paths and roadways. It is this familiarity with the O-Train system, its operation and technology, and in particular the Light Rail Vehicles being used, that Thales considers minimises integration risks and commissioning time in the Stage 2 extension.

“Continuing our work from Stage 1, our local, made-in-Ontario SelTrac™ CBTC technology is a key part of the O-Train system, bringing to life the next important phase of Ottawa’s long-term transit vision, providing passengers a faster, safer and greener way to commute.”

Stage 2 LRT is a transformative project that will expand the O-Train by 44 kilometres to the south, east and west, and add 24 new stations. The expansions are expected to be completed in 2022, 2024 and 2025 respectively.

When complete, Stage 2 will bring 77 per cent of Ottawa residents within five kilometres of fast, efficient, clean and reliable rail. The Stage 2 O-Train network will result in a fully grade-separated system that spans nearly 64 kilometres to include 41 stations, 85 vehicles and three maintenance and storage facilities. The total project cost is expected at $4.6 billion.