Ottawa’s light rail Confederation Line to be maintained by Alstom 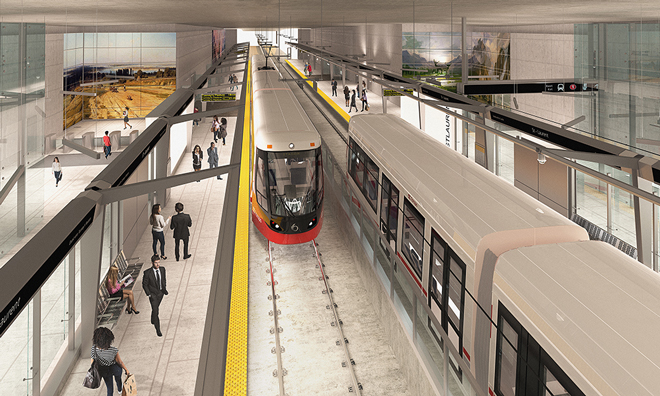 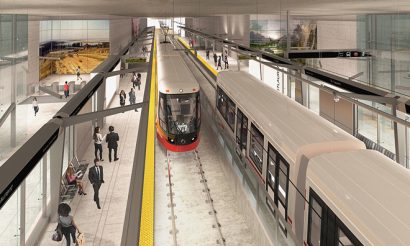 Alstom will maintain the entire line, which involves the maintenance of the tracks, the operating control system, the power substation, as well as the signalling and communications systems, for a period of 30 years. The announcement follows a contract signed with Alstom in 2013 to supply 34 Citadis Spirit light rail vehicles to the city of Ottawa. Designed for high capacity, Citadis Spirit will be able to operate in extreme cold weather and circulate at speeds of up to 100 km/hour, reducing travel time between suburban areas and the city centre.

With public transportation and highways at near capacity in downtown Ottawa during peak times, the Confederation Line, currently under construction, is regarded as a solution to the city’s long-term transit needs.

The $2.1 billion line will be 12.5 km long – 10 kilometres running above ground and 2.5 kilometres underground – and include 13 stations. It is expected to begin full revenue service in 2018. The line will be operated by OC Transpo. 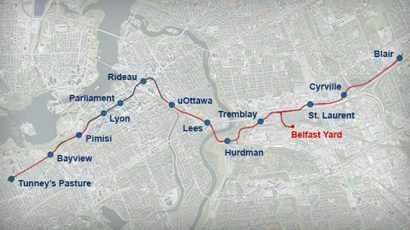 “We are pleased to award Alstom this expanded scope in maintaining the Confederation Line system. This contract places many of the critical system interfaces under the responsibility of a single service provider and will result in streamlined maintenance processes and improved system reliability. Alstom is a world class supplier with a proven track record in maintaining urban rail transport systems around the globe and we are excited to work with them in providing green and efficient public transport in the nation’s capital,” said Grant Bailey, General Manager of Rideau Transit Maintenance.

Mayor of Ottawa Jim Watson said: “Ottawa is investing in green and efficient public transportation. As part of this effort, we are making sure that our modern trains continue to give 100% performance over their lifetime, representing an attractive means of transportation for our residents and visitors.”

“Alstom is very committed to Ottawa’s light rail system, and we are pleased that RTM has chosen Alstom to maintain the O-Train Confederation Line,” said Angelo Guercioni, Alstom’s Managing Director for Canada. “Not only will the City of Ottawa benefit from Alstom’s worldwide experience in delivering light rail vehicles and maintaining light rail infrastructure systems, this maintenance contract also will create new highly-skilled manufacturing and engineering jobs.”