Singapore hopes that investment in public transport through its 20-year Master Plan will reduce commutes by forming “45-minute city with 20-minute towns.” 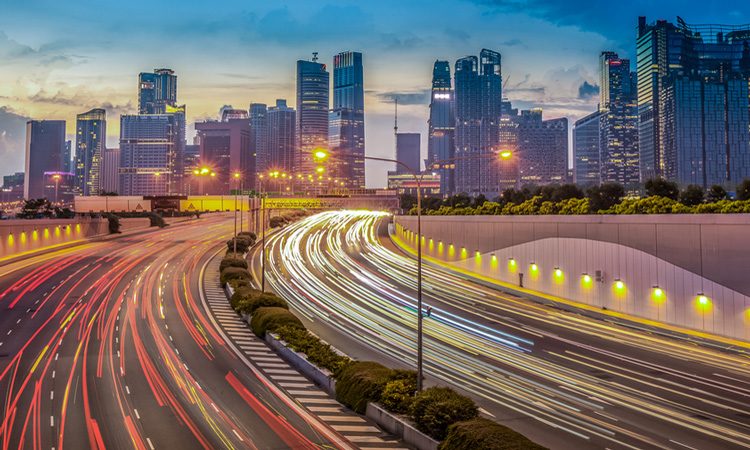 The plan encapsulates LTA’s long term plans to build a convenient, well-connected, inclusive and fast land transport system that will meet the needs and aspirations of Singaporeans over the next two decades and beyond.

The master plan states that to realise the goal of a 45-minute city with 20-minute towns, LTA will continue investing in public transport to make journeys more seamless and convenient. By 2040, new regional hubs outside the city will also bring jobs closer to homes, thereby shortening the average time taken to travel to work. They will also continue to expand the active mobility network to facilitate first-and-last mile journeys.  Overall, commuters should have more time to live, work and play.

Furthermore, the plan details an expansion of the rail network across the country: “The LTMP 2040 report unveiled several key public transport enhancements. These include the expansion of the rail network, including several new stations and rail lines which will be developed over the next two decades. Two new MRT stations will be opened on the North South Line (NSL) by the mid-2030s. Brickland Station will be added to the NSL. Located between Choa Chu Kang and Bukit Gombak stations, it will give residents in areas such as Keat Hong, Bukit Batok West, Pavillion Park and the Brickland district in Tengah town easier access to the rail network.”

Moreover, the LTA plans to increase bus speeds around the country: “To improve bus speeds, we will introduce more Transit Priority Corridors (TPCs) progressively. Areas under study include Robinson Road, Loyang, Tengah, Jurong Lake District and Woodlands North Coast. TPCs will have additional features beyond typical bus lanes. For example, LTA is exploring using smarter traffic light control system, bus-only roads and dedicated cycling paths alongside bus lanes to reduce travel times for both public transport and active mobility users along TPCs. The North-South Corridor, which will be completed in 2026, will be Singapore’s longest TPC, and will save bus passengers up to 15 minutes of travel time.”

The plan also include long-term environmental goals: “To reduce the carbon footprint of public transport, LTA has committed to a 100 per cent cleaner energy public bus fleet by 2040, comprising alternatives like electric or hybrid vehicles. LTA has already awarded a tender for the 60 electric buses which will be progressively delivered from end-2019 and deployed for service by 2020. In addition, LTA has deployed 50 low-emission diesel hybrid buses since the end of 2018. LTA will assess their performance under Singapore’s operating conditions and their cost effectiveness, and may buy more of such buses if the trials prove successful.”