More than 84 million trips were taken on shared bikes and scooters across the U.S. in 2018 as the popularity of micromobility increases. 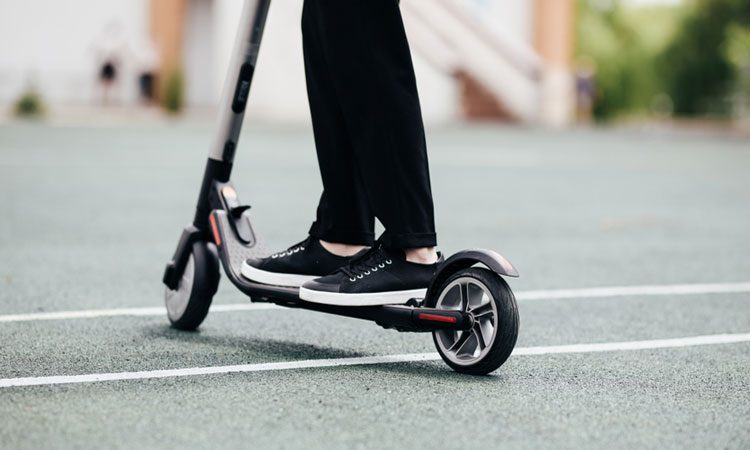 The National Association of City Transportation Officials (NACTO), an association of 69 major North American cities, has released its annual comprehensive count of all shared micromobility (shared bike and e-scooter) trips in the United States.

Dockless pedal bikes have largely disappeared from most U.S. cities, in part replaced by shared scooters. Approximately 44,000 dockless pedal bikes were on the ground in the U.S. at the end of 2017, most of which are no longer in use. Most dockless bike share companies retooled their fleets to focus on e-scooters, and new e-scooter-focused companies emerged. There are now tens of thousands of e-scooters on the ground in U.S. cities.

E-bikes, while limited in roll-out, have been heavily used in the cities with substantial fleets. The shared micromobility vehicles with the most use (as measured by rides/vehicle/day) are e-bikes, used twice as frequently as pedal bikes. Many bike share companies have plans to rapidly expand their e-bike fleets, with Minneapolis planning to transition entirely to an e-bike-based fleet from pedal bikes, and New York City planning for a fleet that is a third electric.

For scooters, initial data shows the inverse: the largest fleets of shared scooters were used less than once per day, and the smallest fleets of shared scooters were used more than four times per day. Bike-share systems benefit from a dense network of conveniently placed bikes over a large area; scooter-shares do not yet seem to benefit from this network effect.

Corinne Kisner, Executive Director of NACTO, said: “With tens of millions of trips each year, shared micromobility continues to be a popular form of transportation. Cities are proactively thinking about how to harness the incredible potential of these shared services in the public right-of-way. As stewards of the public realm, it is vital that cities retain authority over their streets. State legislators must ensure that cities have the ability to plan, regulate, and manage shared micromobility systems for safe, sustainable, and equitable outcomes.”

Kate Fillin-Yeh, Director of Strategy for NACTO, said: “Managing the many new shared vehicle types on city streets is a challenge. The data cities receive from vendors can be spotty, complicating efforts to regulate systems or make good policies. Much of the equipment is new and largely untested at scale, and the market is changing rapidly, with an uncertain financial outlook. The most successful shared micromobility systems have been planned hand-in-hand with cities, and we’re excited to help cities create and support transportation options that shift more trips to sustainable, safe modes.”

Nicole Payne, Programme Manager at NACTO, said: “Shared micromobility has the opportunity to be a game-changer for those without the means, ability, or desire to maintain a private vehicle,” said“When cities, system operators, and communities plan together, cities can ensure the best outcomes for their residents: providing truly reliable, affordable, and easy-to-access transportation, expanding access to opportunity.”

New York City Transportation Commissioner, Polly Trottenberg, said: “Bike share in New York City has been a major success, helping make cycling our fastest-growing mode of travel. At the same time, we believe bike share’s growth has also helped contribute to our Vision Zero goals, as last year, the safest ever on New York City streets, also saw the fewest-ever cyclist fatalities. We always appreciate NACTO’s take on the lightning-fast trends in shared micromobility, and New York City will try to remain nimble in 2019 as we grow the Citi Bike system, which accounts for nearly half the nation’s bike-share rides. Simultaneously, we plan this year to expand our dockless bike share pilot, which we began last year.”

NACTO’s report also details average trip duration, distances, and prices per ride, and includes comprehensive charts and graphs showing the growth of shared micromobility across the U.S., as well as the changing landscape of this fast-growing and rapidly-evolving form of transportation. NACTO’s 2018 shared micromobility ridership report was funded by the Better Bike Share Partnership and by ClimateWorks foundation.