NTA CEO Anne Graham says “things are moving in the right direction”, as over half of all commuters into Dublin are using public transport while car commutes continue to decline. 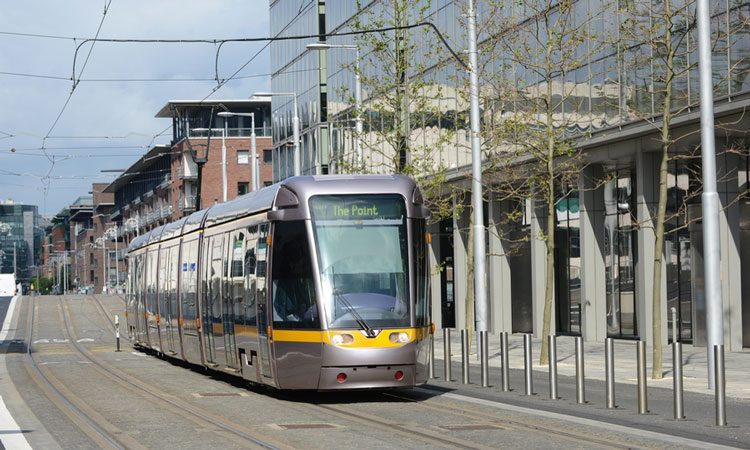 The number of people travelling into Dublin’s city centre using bus, train or Luas in the morning peak has reached record levels, according to figures being published by Dublin City Council and the National Transport Authority.

The figures are included in the Canal Cordon Report 2018 on mode share of people coming into the city centre in the morning. The field work for the report was conducted over a number of days in November 2018.

This means that more than half of all commuters – 52.6 per cent to be precise – are using public transport compared to 45.9 per cent in 2010.

Cycling and walking numbers also remain strong. 12,227 people cycled into the city centre – the second highest number ever – although down very slightly from the previous year. Walkers accounted for 11.2 per cent of commuters, with 23,858 constituting a slight drop from the record high.

Anne Graham, NTA Chief Executive Officer, said: “The growing gap between the numbers using public transport and the private car means that things are moving in the right direction. We want to incentivise more people to leave their cars at home by continuing to improve public transport.

“In March 2019 the Report on the Joint Oireachtas Committee on Climate Action stated that strategies to provide integrated, reliable and affordable public transport, were of critical importance in tackling climate change. The report highlighted the need for investment in public transport in the years ahead and supported further development of infrastructure for cycling and other sustainable modes.

“The NTA is very much on the same page, and our work plan, which is underpinned by ‘Ireland 2040’ and the ‘Transport Strategy for the Greater Dublin Area 2016 – 2035’ is already making progress.

“In 2019 we are investing in fleet for our bus operators and under BusConnects, we are planning to increase bus priority on about 200km of main corridors into the city. We are also redesigning the bus network to make it more useful to more people.

“For rail, the process of acquiring additional fleet for commuter services is already under way. On Luas we are extending the existing 26 trams to 55 metres and adding eight new 55 metre trams to the Green Line fleet.

“Just last week, with Dublin City Council, we announced plans for the Liffey Cycle route but we acknowledge more is needed. That is why further cycling infrastructure will be delivered under our BusConnects core bus corridor plans.

“The figures published are very encouraging and are a tribute to all of the operators providing transport into the city who have managed not just to retain passengers but to actually grow their customer base. I have every confidence that we can all continue to build on this success.”