The city’s congestion levels are on the rise and the public transport is consequently suffering, however, BusConnects Dublin programme has a solution to offer… 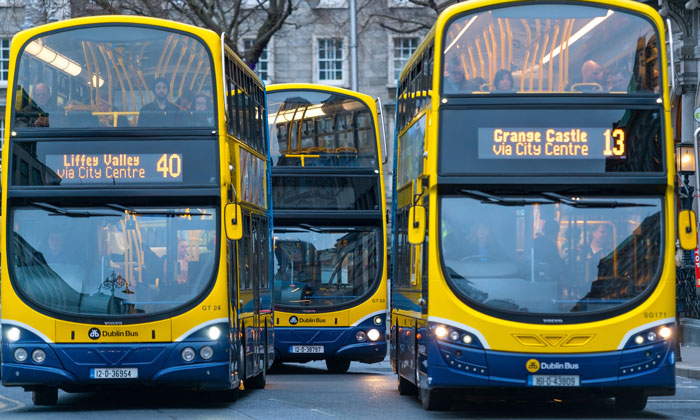 The National Transport Authority (NTA) has published the Core Bus Corridors Project report – a discussion document that sets out draft proposals to vastly improve bus journey times and cycling priority along an increasing number of congested corridors in Dublin.

Despite the importance of the bus system, the main corridors in and out of Dublin only have bus lanes for approximately one third of their length. This means that for most of the journey, buses are competing for space with other traffic and are affected by general congestion. With the population of the Dublin region projected to increase to 1.5 million by 2040, a jump of 25 per cent from today’s 1.2 million, the trend of increasing congestion will continue unless significant and radical action is taken.

A potential solution is the project that is part of the NTA’s €2 billion BusConnects Dublin programme to transform the city’s bus system.

If implemented, the proposals, will provide 230km of continuous bus lanes in both directions over 16 radial core bus corridors and 200km of cycle tracks and cycle lanes. These are expected to reduce journey times by 40 – 50 per cent, whilst allowing the buses to transport their thousands of passengers with greater certainty regarding their arrival times.

The plan is being developed using all available data and forecasting to understand past trends and events. It takes into consideration the current situation and the challenges Dublin will face over the coming decades.

If the concept is approved by all authorities, the work will require roads to be widened, the conversion of current traffic lanes to bus lanes, restriction of on-street parking and the removal of many trees and some front gardens.

Significant progress has been made in putting together the overall plan and in October 2018, NTA will publish detailed and considered proposals for each of the 16 corridors. At that stage a full public consultation process will commence. This will allow people to provide feedback and their thoughts on the proposals and the NTA will fully engage with people along the corridors and surrounding areas.

“People want to use public and sustainable transport in and out of the city. Our recent canal cordon 2017 figures prove this with almost 70 per cent of daily trips across the canals being made by sustainable transport. The NTA needs to support these trips, improve the journey times for public transport users and offset the negative impact of congestion.

“Unless we address the infrastructure issues, it is inevitable that in the years ahead, travelling by bus will become slower, less reliable and more frustrating for everybody. But with BusConnects there is a solution on offer.

“As the project development work is complete, we will of course be undertaking a full process of public consultation, and at that point, we will be in a position to answer detailed questions on specific local issues.”