Pedal-assist bikes in New York City, San Francisco and Washington have been removed from operation over concerns of brake safety. 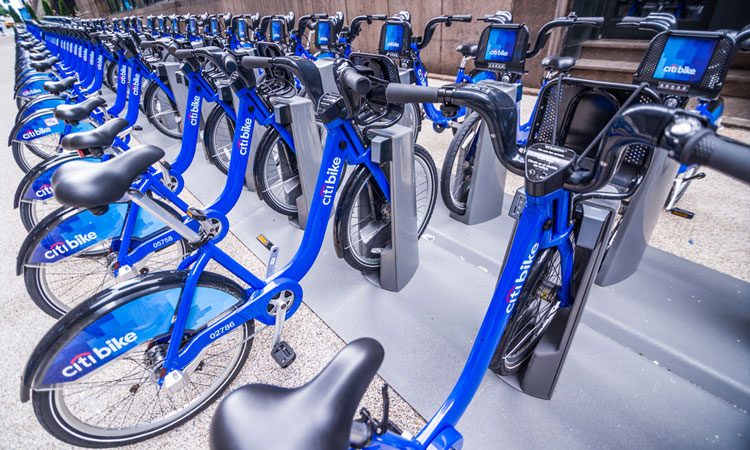 Following several incidents involving the brakes of pedal-assist bikes multiple companies have pulled their bikes from operation; Capital Bikeshare in Washington, Ford GoBike in San Francisco and Citi Bike in New York have put the safety of their users first.

Citi Bikes first deployed pedal-assist bikes in 2018, riders have taken hundreds of thousands of rides, but following several reports of incidents involving its bikes Citi Bikes is set to remove all of its e-bikes from service – roughly eight per cent of its overall fleet.

Capital Bikeshare, said it received “a small number of reports from riders who experienced stronger than expected braking force on the front wheel.”

A Ford GoBike spokesperson, said: ““After a small number of reports and out of an abundance of caution, we are proactively pausing our electric bikes from service. Safety always comes first.”

There have have been a number of incidents reported in recent months where e-bike riders using the services have injured themselves.

In a statement, Citi Bikes, said: “We recently received a small number of reports from riders who experienced stronger than expected braking force on the front wheel. Out of an abundance of caution, we are proactively removing the pedal-assist bikes from service for the time being. We know this is disappointing to the many people who love the current experience — but reliability and safety come first.

“We have been hard at work on a new pedal-assist bike, and are excited to bring that to you soon. The new bike model will be accessible just by scanning a QR code and overall will be more fun to ride. In the meantime, we will quickly replace the pedal-assist bikes with classic pedal bikes.”

Citi Bike was expected to add 4,000 pedal-assisted bikes to its portfolio by June 2019, but has recently said that only approximately 1,000 of the bikes have made it to the streets. It is expected that those will now be replaced by non-pedal assist bikes, which is considered the “classic”model of the Citi Bike.

The e-bikes in question across New York, Washington and San Francisco are all operated by Motivate, the U.S.’s largest bike-share operator, which was acquired by Lyft in 2018.