A reduction in the cost of bus operators’ weekly tickets is believed to have contributed to boosting the number of adult users. 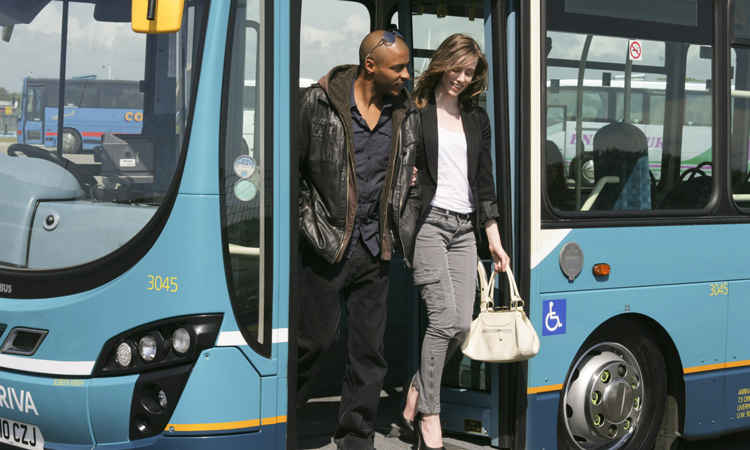 Figures from the Liverpool City Region – for the last three months of 2018 – show a nine per cent increase in fare-paying passenger bus journeys compared with the same period in 2017, with an increase (nine per cent) in adult journeys for the first time.

Overall, there has been a 16 per cent increase in fare-paying passenger journeys since 2013/14.

The number of journeys made by young people has driven passenger growth since 2014 thanks to the introduction of the £2.20 MyTicket, which allows under 19s unlimited day travel on any bus across Merseyside.

Furthermore, data released by Transport Focus has shown 91 per cent of paying Merseyside bus users are satisfied or very satisfied with services – the joint highest of any metropolitan area.

The survey also has Merseyside services topping the table for best value outside of London, with 75 per cent of paying bus passengers in the region saying they were satisfied or very satisfied with the value for money offered.

Steve Rotheram, Metro Mayor of the Liverpool City Region, said: “With 80 per cent of public transport journeys in our city region made by bus, we know just how important our bus network is in getting people to work and education and in making the most of their leisure time.

“These figures are encouraging but the job is far from over. We need to continue to work to make our bus network one that supports all who depend on it as well as attracting new users. We now have greater powers at our disposal to make buses even better and we want to hear local people’s views and experiences, through our Big Bus Debate, as we decide which route we go down.”

The ‘Big Bus Debate’ aims to find out what local people want and expect from bus. The next phase will involve on-street surveys in Halton, Knowsley Liverpool, Sefton, St Helens and Wirral during the spring.

The figures are an indication of the ongoing success of the Liverpool City Region Bus Alliance – a formal partnership between Merseytravel, Arriva and Stagecoach to encourage more people to travel by bus.

Transport Portfolio lead for the Liverpool City Region Combined Authority, Councillor Liam Robinson, said: “The Bus Alliance is rightly focusing on the whole customer experience in boosting passenger numbers from the quality and cleanliness of vehicles to better value fares and service information.

“Positively, the growth may also be an indication of our strengthening economy. Our City Region has 7.6 per cent more employees compared with five years ago – people who need ways to get to work. However, just as important are those people who rely on buses to get to the shops, doctors’ appointments and to play a part in their communities and, with the new powers available to us, we are looking very closely at how we can get a network that works for everybody.”

Alongside better value for money fares, the Bus Alliance has seen many other improvements for bus users including Wi-Fi on all services, newer, cleaner, greener buses with an average fleet age of no more than seven years, improved cleaning regimes and established consultation processes when service changes are proposed.

Howard Farrall, Managing Director at Arriva North West, said: “We are continually looking at ways to improve our services and the overall passenger experience, and for this reason we are making a substantial investment in new ticket machines that will allow contactless payments along with upgrades to large proportions of our fleet across the region. It’s great to see that this has been so well received by those who rely on us and our services.”