Due to the system’s multi-client capability, San Diego’s Metropolitan Transit System will have a region-wide, interoperable fare structure. 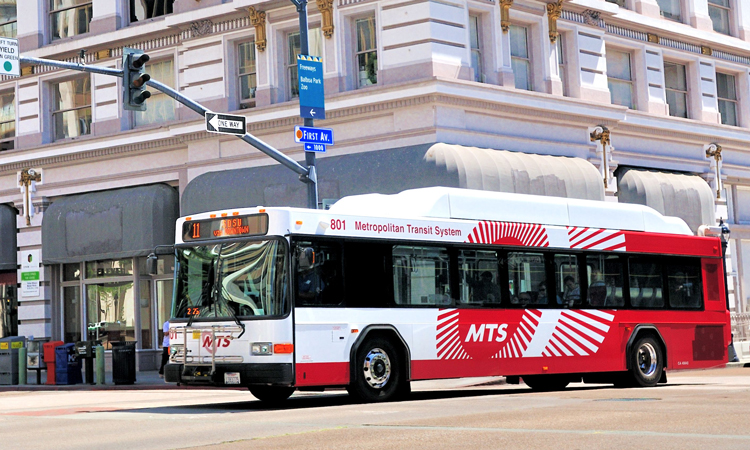 The Metropolitan Transit System (MTS) has agreed on a contract with INIT for the delivery of an account-based, open architecture, electronic fare system in San Diego.

The contract also includes the option for operation and maintenance.

“Fare collection is at the core of our business and purchasing options are more diverse than ever. It’s incumbent that we keep pace with the technology our customers demand,” said Paul Jablonski, MTS Chief Executive Officer. “INIT has a track record of success partnering with transit agencies to develop customised next generation solutions. We look forward to rolling this out in 2021.”

INIT will provide more than 100 cash and approximately 70 cashless ticket vending machines (TVM) to facilitate the convenient purchase of tickets and fare media. Ticket office terminals and mobile sales units will be included in the project to allow MTS to sell fares during large events.

Additionally, INIT will deliver about 900 fare validators for use on MTS buses and at rail station platforms. The validators will accept closed-loop payments such as an MTS-branded smartcard and be capable of accepting open payments such as bank-issued debit/credit cards and mobile wallets using Google Pay, Apple Pay or Samsung Pay.

The core intelligence of MTS’ next generation fare system will be INIT’s back-office processing and revenue management solution, MOBILEvario. This system utilises an open architecture design to integrate with various third-party vendors for a fully unified system. Due to the multi-client capability, MTS will have the ability for a region-wide, interoperable fare structure.

Virgin Hyperloop unveils vision for the future of travel for passengers