Mayor de Blasio announces new dockless bike-share will arrive during the summer of 2018 in the Rockaways, Coney Island, the Central Bronx and on the North Shore of Staten Island… 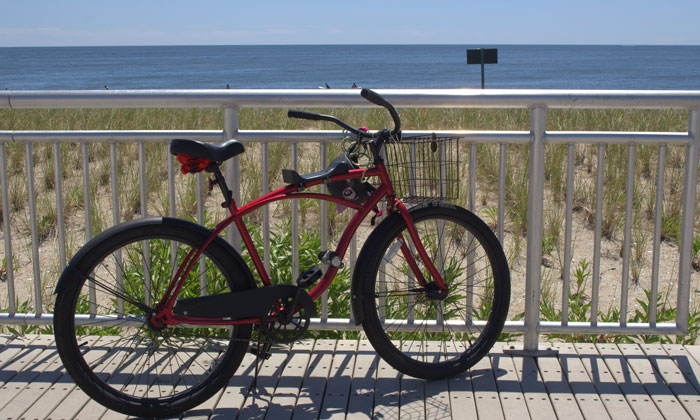 Mayor of New York, Bill de Blasio, has announced neighbourhoods in four boroughs outside Manhattan will host dockless bike-share trials by July 2018, enabling the city to evaluate a range of different dockless companies, including those offering pedal-assist bikes.

Beginning in two beach communities that have not been reached by bike-share, Coney Island in Brooklyn and the Rockaways in Queens will be the first two new boroughs to experience the scheme.

The Department of Transportation (DOT) laid out the preliminary timeline for the pilot of dockless bike-share, which unlike Citi Bike will not require physical docking stations, instead allowing bikes to be rented through a mobile phone, usually for $1 or $2 per ride.

In June 2018, DOT will select the companies assigned to each of the areas. In July, the pilot will begin as the bikes start to arrive onto neighbourhood streets, with the ultimate goal to have a total of 200 bikes that offer half-hour rides during the pilot period. Some of the dockless bikes are expected to be pedal-assist.

During the trial the DOT will carefully evaluate companies’ compliance with pilot requirements around data accessibility and user privacy. Evaluation criteria will include the safety, availability and durability of the bikes themselves.

DOT Commissioner, Polly Trottenberg, said: “We will start in July on a small scale and take what we learn over the next few months to make informed decisions as to whether New York City’s bike-share future is dockless.”

The dockless pilot is a result of a Request for Expressions of Interest (RFEI) issued by DOT in December 2017 that sought ideas around next-generation ‘dockless’ public bike-share systems.