The transport authority for the Greater Dublin area – the National Transport Authority – has announced the recent sale of the three millionth Leap Card, the convenient way to pay for public transport services in Dublin, Cork, Galway, Limerick, Waterford and Wexford. 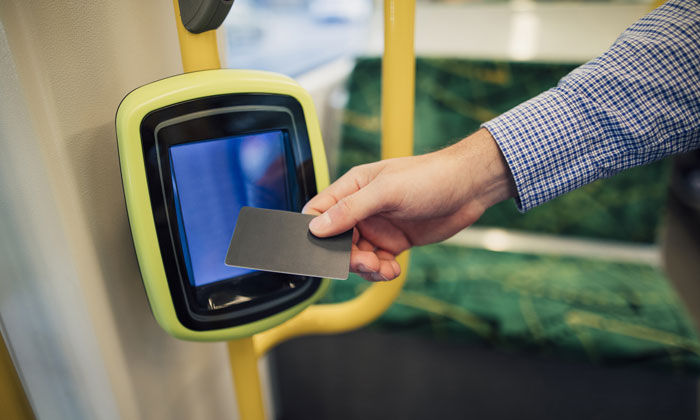 Of the three million cards issued to date, close to 250,000 have been sold in the first four months of 2018 alone, highlighting the impetus and traction of the payment scheme. Since the sale of the first edition over six years ago, the Leap Card has enabled 495 million journeys – 63.5 million of which took place between January and April this year.

The card has emerged as the preferred payment for passengers in many Irish cities, with consumers using it to save 20 per cent on the cost of their public transport journeys. In the Greater Dublin Area, some 70 per cent of public transport journeys are now paid using Leap. Overall the scheme has reached a monthly turnover of €23.3 million per month (April 2018) – and over €633 million since its launch.

In welcoming the landmark, NTA CEO, Anne Graham, said: “We are delighted to see the Leap Card reach new heights as sales pass the 3 million mark. Leap has captured the imagination of the travelling public from all the corners of Ireland who now are integrating public transport use into their day-to-day lives. Not only are passengers benefiting from discounts of at least 20 per cent in their everyday journeys, they also availing of Leap’s increasing functionality.

Through the role out of the Leap Card Auto Top-up and Leap 90 Discounts, we have made the scheme even more accessible and easy to use.

“I would encourage those who have not signed up to Leap, to do so today. It is the hassle-free way to pay, eliminating the need to search for change for the bus or train.”

Commenting further on the benefits of using the scheme, Graham said: “In looking to the future of transport in Ireland, the Leap Card will play an increasingly important role. Under the BusConnects strategy unveiled last year, the NTA has committed to simplifying and streamlining the payment process for bus fares, for example. As part of this process, cashless operation will be introduced on all buses with Leap card becoming the preferred alternative. We will continue to respond positively to customer feedback, so that new innovations are integrated into the scheme. By doing so, we will ensure that Leap continues to grow as the safe payment method of choice for consumers who are increasingly moving to public transport modes.”