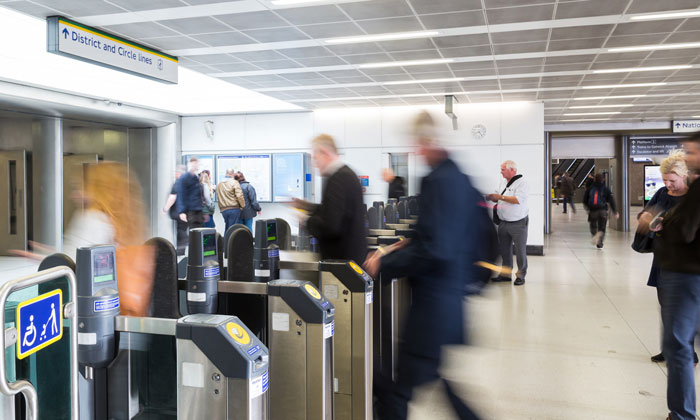 Focusing on the needs and frustrations of our customers has helped drive our work at TfL, with the development and delivery of smartcard ticketing in London. It may sound surprising, but 2018 marks the 15th year since the Oyster card was introduced across the capital’s bus and Tube network. From someone who worked on the project, it is clear that the technology has changed the way people travel across London – with Oyster quickly becoming an international byword for fast, simple, smartcard technology.

However, when it comes to smartcard technology in London, Oyster is only half the story. As many readers will be aware, since September 2014 passengers have been able to travel on buses, tubes and trains across London by simply touching in and out with their contactless bank card. This world-leading innovation has helped make public transport travel even more convenient for Londoners and visitors, eliminating the onus of having to purchase an Oyster card and keep it topped up. This also helped to reduce queues at ticket machines within stations and reduced the time it takes people to get from the street, through the barriers and onto the train. The nature of the contactless system also meant that, for the first time, we could provide weekly capping to our customers, ensuring they received the cheapest fare across the week and never paid more than a daily or weekly Travelcard.

Since the launch, the take up of contactless payments on our services has grown at a phenomenal rate. Across London, it is now responsible for approximately 50 per cent of the pay-as-you-go revenue on Tube and rail and 44 per cent on buses, with close to 44,000 new contactless cards used on our system every day. A more exciting statistic is that our system has seen contactless cards from more than 120 countries all over the world. This success has also meant that not only are cities such as New York, Miami and Boston planning to introduce similar systems on their transport networks, but London is receiving licence payments for the technology we have sold. 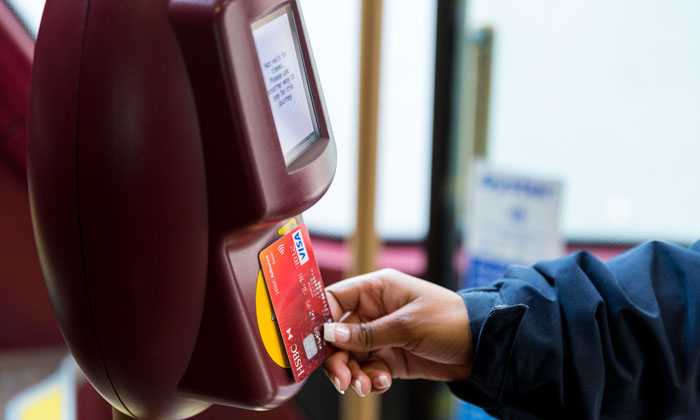 In the years since we launched smart ticketing in London, we’ve been constantly looking at ways to improve the system, to allow our customers to travel more quickly and conveniently. The growth of mobile phone use and internet accessibility in the last 15 years have radically changed spending habits: imagine telling yourself 15 years ago that you could now purchase an album and not only instantly download it onto your phone, but also receive a physical copy, along with a pint of milk, within an hour, delivered to your office desk.

These changes motivated us to reassess the Oyster card; how people purchase Travelcards and top-up. While the increasing number of contactless journeys has helped reduce the levels of queuing at stations across London, there are still many customers who prefer to use Oyster and still queue to carry out their transaction – either in a station or at an Oyster Ticket Stop across London, of which there are approximately 3,800.

In 2017 we successfully implemented upgrades to the Oyster system, enabling customers to add any products purchased online to their Oyster card after 30 minutes by simply touching in on the yellow reader during a journey. Previously, customers had to wait around 24 hours before adding products and could only do this at Tube or rail stations. The upgrades also expanded the ability to collect on all 9,000 buses in London – removing this source of frustration for our customers.

To support these upgrades, in September 2017 TfL also launched a new mobile app on both Apple and Android, which allowed customers to top up their Oyster card on the go for the first time. Already, nearly half a million customers have downloaded the app – with initial analysis indicating a large proportion of them are using it as their main means of topping up or purchasing Travelcards. Even with this success, we are already working on further improvements based on customer feedback, which we are looking to deliver in the coming years. 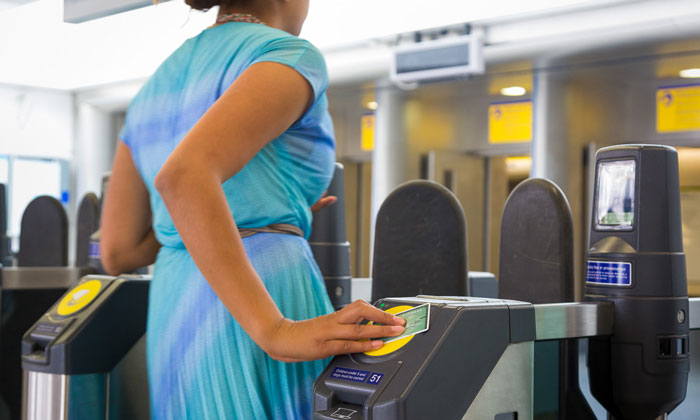 Later in 2018, the app will be upgraded to allow customers who use contactless ticketing to check their journey history and see whether they have any incomplete journeys. We are also working on supplying Oyster customers with weekly capping, bringing it in line with contactless ticketing. This update has been in development for several years and has required a complete rework of the back-office systems that operates and controls the Oyster card system. Due to the success of smart ticketing, the entire upgrade must be delivered while keeping the current system running at full capacity. Final testing of this mammoth task is now close to being completed and weekly capping on Oyster will be launched later in 2018, helping to further move people from paper tickets to more convenient smartcard travel.

The pinnacle of smart ticketing in 2018 will arrive in December, with the launch of the Elizabeth line through central London. This new rail service will transform how people travel in London and increase the capital’s rail capacity by 10 per cent once it is open. We’ve been working hard to prepare for the launch and the whole line will be fully integrated into the Oyster and contactless system, ensuring anyone travelling from Heathrow, Romford, Farringdon or Woolwich can benefit from the convenience and simplicity the system offers. Despite being 15 years old, our smart ticketing system is still breaking new ground and expanding to new areas, helping more people use public transport more often – keeping the city moving and growing. 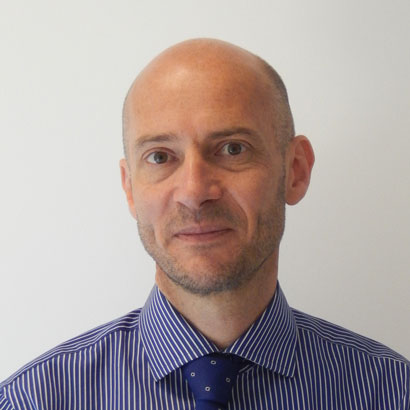 By Mike Tuckett - Transport for London