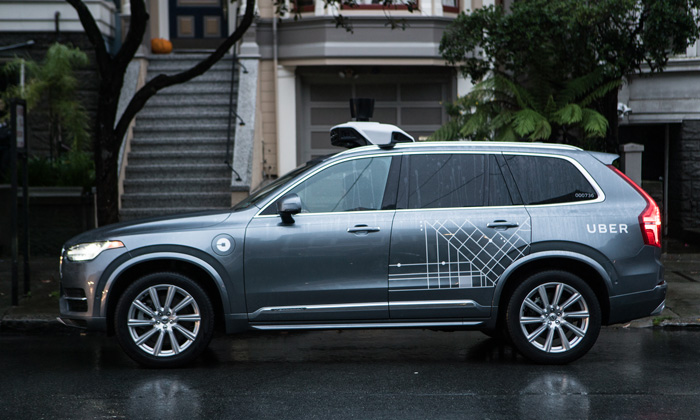 Uber’s artificially intelligent, self-driving cars have already driven over 2 million autonomous miles, completed in over 50,000 rides. Now, they will be travelling under the control of NVIDIA technology.

NVIDIA Founder and CEO Jensen Huang said that the collaboration utilises NVIDIA technology for Uber’s fleets of self-driving cars. Running AI algorithms that enable vehicles to perceive the world enables the system to predict what will happen next and quickly choose the best course of action, even in complex environments.

“The future of transportation will be transformed by mobility services. Convenient, affordable Mobility-as-a-Service will reshape cities and society, and help support the billion-person increase in the world’s population over the next decade,” said Jensen. “Autonomous vehicles are the critical technology to making mobility services pervasive.”

Uber began working on self-driving technology in 2015 and launched the first city trials in Pittsburgh in 2016, followed by a second pilot in Phoenix in 2017. Over this period, self-driving Ubers have completed more than 50,000 passenger trips and logged over 2 million autonomous miles.

The need for NVIDIA’s technology reflects the reality that the computational requirements of self-driving vehicles are enormous. Self-driving cars must perceive the world through high-resolution, 360-degree surround cameras and lidars, localise the vehicle within centimetre accuracy, detect and track other vehicles and people and plan a safe, comfortable path to the destination. As the computing demands of driverless vehicles are easily 50 to 100 times more intensive than the most advanced cars, all this processing must be done to ensure the highest level of safety.

Uber began using NVIDIA GPU computing technology in its first test fleet of Volvo XC90 SUVs and currently uses high-performance NVIDIA processors to run deep neural networks in both its self-driving ride-hailing cars. The development pace of the fleet has accelerated dramatically, with the last million autonomous miles being driven in just 100 days.