According to Dott’s latest data, the energy crisis has encouraged more people across Europe to travel using its e-scooter and e-bike services, with 69% of those who previously used cars now using them less. 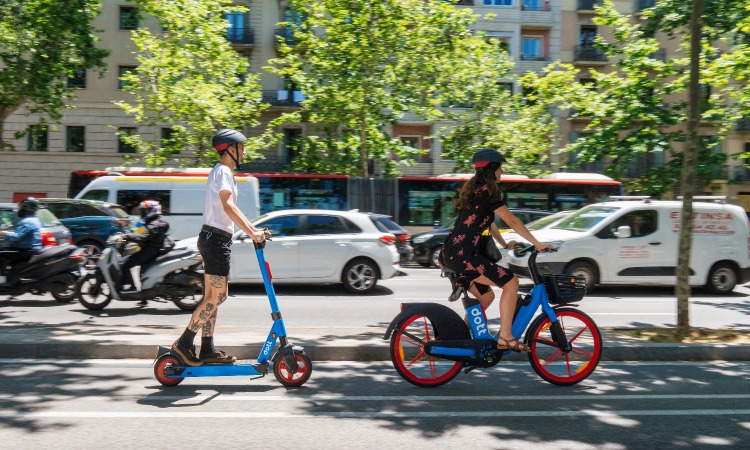 Dott has announced that it has released new data which shows a change in habits from its riders as the energy crisis impacts people’s decisions in how they travel.

Based on a survey of 1,402 Dott riders across Belgium, France, Italy, Sweden and the UK, the micro-mobility operator has found that more than one third (36%) of its riders are using shared e-scooters and e-bikes more as a result of the energy crisis, rising to nearly half (49%) of those over 55.

Dott has stated that the rise in usage has been driven by people cutting down their car use. Over two thirds (69%) of those who previously travelled by car, ride-hailing or taxi have reduced their use of those energy heavy methods.

However, the data also shows that it is not just shared micro-mobility services that are being used more due to high fuel costs. Nearly half (41%) of Dott users have reported that they are using bikes (shared or private) more to move around their city since starting to use its services.

Shared mobility is replacing car trips in collaboration with public transport, helping to provide a lower cost and more environmentally friendly alternative for longer trips. The data also shows that the majority of Dott riders (63%), connect their ride with public transport, particularly those aged between 18-24 (77%).

Furthermore, based on the 2020 new rider survey of 868 respondents, commuting trips have been found to be the most popular reason for use, with half (50%) of riders using Dott vehicles to reach work or school, and nearly two thirds (61%) to reach a private residence. Over one third (34%) of riders are now women, an increase of 48% since 2020.

Henri Moissinac, Co-Founder and CEO of Dott, said: “Our shared e-scooters and e-bikes can help lower the cost of travel, whether for a whole journey or combined with public transport for longer trips. Charged by green energy, and with our operations relying on cargo bikes and e-vans, our fleet of vehicles provide efficient, environmentally friendly and affordable travel, at a time when fuel costs are putting people’s finances under pressure.”

In addition, the data highlights that the quality of infrastructure remains to be a barrier for using shared e-scooters and e-bikes more. The majority of users (65%) say that better road infrastructure would make riding Dott’s vehicles feel safer, rising to nearly three quarters (74%) of women riders.